Navya Naveli Opens Up About Her Struggle With Anxiety And Urges People To Seek Help When Needed. It’s All Of Us Right Now 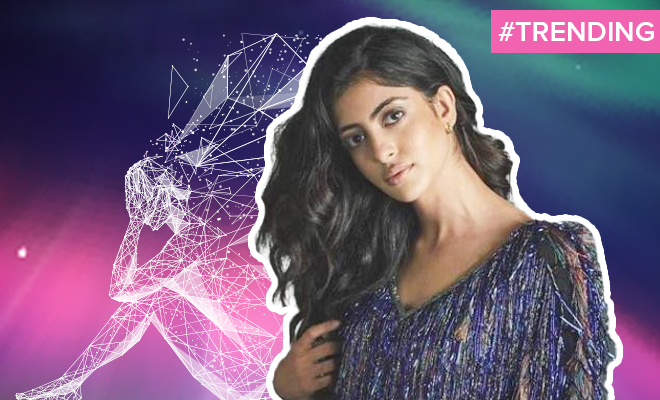 The entire lockdown for me was split into two neat halves. One where I was in denial and refused to buy into the fact that the way we had lived our life till now was going to change forever, and the other when I was so deep into acceptance, that I decided to not curl out of my bed for days on end. Right now of course, I am somewhere in the middle of the two, and no matter how many times a week I feel an overflow of emotions taking over me, I have come to realise that I am not alone in this, and as sadistic it may sound, it is what gets me out of the bed on days I can’t move.

The famous idiom, ‘misery loves company’ is truly rooted in reality because what makes company is truly what makes anything bearable, along with of course, speaking up about it. You see, when the lockdown was put into place, a lot of people like me took it way too hard. With studies revealing how more cases of mental health issues have surfaced in the last 6 months than they did in the last 2 years, it is important to pay heed to the changing times and changing emotional states.

As did Navya Naveli, Amitabh Bachchan’s granddaughter, who recently decided to open up about her own struggle with anxiety. In a video that was shared on social media, she could be seen talking about how she opted for therapy right after ‘hitting rock bottom’.

Also Read : #Voices: Don’t Feel Guilty For Choosing Your Mental Health. This Twitter Thread Is Encouraging People To Step Back When Needed Without Remorse

She said, “I went fairly recently, like you said that you realise when you hit rock bottom… I feel like I hit rock bottom multiple times and I just couldn’t figure out why. I was like ‘Okay, obviously something has to change, I need to talk about it’. I think it helped coming to that conclusion. Now once a week I am in that routine and I don’t think I am even close to hitting rock bottom because I have everything in control, I am talking to someone. Now I can identify what are the things that even get me to hit rock bottom. People realise too late sometimes that they need to get help.”

Her words resonated with me strongly, allowing for both truth and wisdom to come through. Because most of the times, even if we acknowledge ourselves having a mental breakdown or struggling with mental health problems, we shy away from speaking about it, and that is exactly what Navya here meant to address and hopefully, change. She went on to share, “I go for like severe anxiety. I get really bad anxiety sometimes and I just don’t know why – there’s no one reason. I could be outside and it just kicks in. You don’t have control of it.”

However, opening up about how even though she was averse to the idea of talking to a therapist, that is what helped her with a breakthrough, she said, “I think I learnt self-awareness actually by going to therapy, like I had none even before I went there. A lot of times I felt that I was getting anxious, like I was getting this anxiety because of outside factors but after doing therapy, it was like 80 per cent was in my head. I didn’t even need a trigger on the outside to set it off. I just needed to be more self aware about my own emotions. My body – what I like and what I don’t like, it has nothing to do with the outside once you figure out what’s really wrong. And I think that really helped.”

That is perhaps how she came to the idea of co-founding Aara Health, that is now a platform for, “women that aims to empower, educate and diagnose in a confidential, safe and reliable manner.” Seems like we’re not alone in this, and with enough help, support and courage, it won’t be long before we can put these mental health problems behind us and move towards a healthier and more wholesome life.