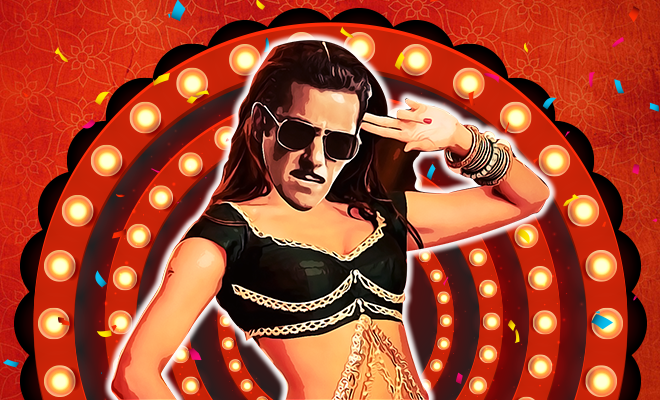 Ladies and gentlemen, these are crazy times we live in. Don’t be fooled by the lip service feminism that’s being bandied about, at the grassroot level, there’s plenty that needs to change. And let’s admit it, Bollywood has a huge role to play in influencing how we behave. So when there were songs that did not move the story line at all, directors put in skimpily clad ladies and lusty men trying to get close to her to provide relief from the proceedings. They must have thought their storylines were torturous to endure too. ‘Item songs’ these were called.

Remember, the basic intention of the song is to titillate the audience and well, not much else. There was a time where without an item number, the movie wouldn’t do well at the box-office. Or maybe it was the shit script but apparently no one wants to blame those. There were some really iconic ones too- Sheila Ki jawani, Dilbar Dilbar, Cheez Badi Hai Mast the list goes on and on. But the one item song that really stayed with people was Munni Badnam Hui from Dabagg. As sexist as that song was, there was something so catchy about it that just made people want to dance. I don’t know if it was the beats of the song or Malaika because it sure as hell wasn’t the lyrics, lol.

See, we always knew that Salman and company don’t understand the concept of feminism. But we didn’t think that they were completely unaware of it. Surprise, surprise. Or maybe not so much. They’ve now come up with Munna Badnam Hua. So while we aren’t sure why we needed this anyway, we are like atleast the man is being objectified in this. Nope. It’s the woman again. Just pay attention to the lyrics. I had started imagining all sorts of things like Salman Khan dancing atrociously in nothing but a pair of hot shorts surrounded why women who are throwing money at him. Yeah okay, maybe I let my imagination run wild, but you get the point. And knowing the fragile relationship Salman has with his shirts, it isn’t hard to imagine that would happen.

Also Read: Dabangg 3 Will Have A Munna Song Instead Of A Munni Song. Kya Feminism Hai! Slow Clap.

Then the teaser came out and burst my bubble. Salman isn’t getting Badnam at all. In fact, he is wearing more clothes in one frame of this song than Malaika was made to wear throughout Munni Badnam Hui. What happened this time? Why isn’t there a scene where Salman is twerking to the beats or tearing his shirt off? That would’ve made for a killer song. I have never been more disappointed *sigh*

Item songs are called “item songs” because they sexualize an item, right? Why isn’t Salman being sexualised? Why aren’t lyrics depicting the woman going after him? That would be a song we would remember.  We don’t see that here! The teaser only shows Salman dancing around a bunch of women who are still grabbing more attention than he is. So what is the point here? The undertones are exactly the same as Munni Badnam hui. *rolls eyes to back of head*

It isn’t about gender here, it is about why in a song called Munna Badnam Hua, we still see women in skimpy clothes dancing around the guy. It should be the other way around.

I am eager to watch the whole video though. Let’s hope they justify the title of the song because through this teaser, I don’t really see where the song headed. I think they tried to be different by including a feminist angle, but from what I can see they didn’t do a very good job.