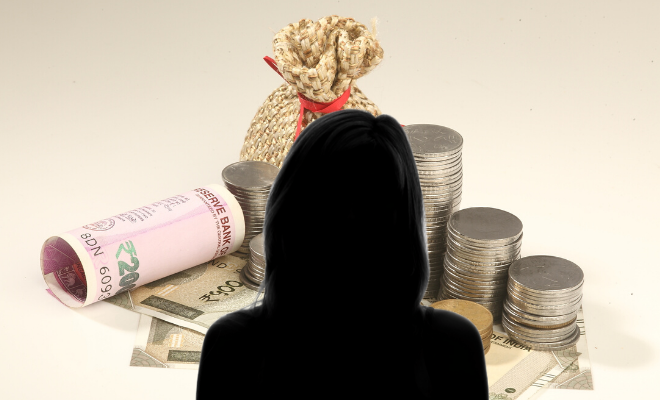 Mumbai Police Have Announced They Will Now Use The Nirbhaya Fund, 7 Years Later. Why Is Women’s Safety Not A Priority?

December 2012 will go down in history as one of the worst times for our country. It was in then that Jyoti Singh was brutally gang-raped, beaten and gutted aboard a bus in Delhi by six monsters. This unimaginably gruesome rape case provoked thousands of people around the country to take to streets to protest. They held memorials, peace walks, and candle marches. That was 7 years ago and while it was amazing to watch the entire country join forces for 23-year-old Nirbhaya, it hasn’t made much of a difference, the culture of rape continues to be a thing.

As an effort to implement change, back in 2013 the Congress-led government had created the Nirbhaya Fund and allocated it to various states. This fund was created to meet the expenditures to ensure the safety of women. Basically, to prevent rapes, molestation, eve-teasing and every other violence that is committed against women. The fund was also to be used when such an incident occurred to ensure justice for the rape victim.

That is great, right? The Nirbhaya Fund means that the police now have the means and the resources to protect and avenge every single victim. But it has been seven years since it was introduced and from what I can see, there hasn’t been much change. So, what is Nirbhaya Fund and why hasn’t it been used for the purpose it was created?

Also Read: This Minor Girl From Rajasthan Committed Suicide After She Was Raped. The Accused Is Identified Anx2Xd Is On The Run.

In all the outrage over the Hyderabad incident, why don’t we accept a hard fact: we are a terribly governed country at all levels? Most states haven’t used their Nirbhaya fund. Conviction in rape cases as per NCRB in 2017 32.2 per cent; 1023 fast track courts yet to be set up.

Back then, the government had proposed a whopping six-figure budget as part of the Nirbhaya Fund. This money was distributed amongst the states and was supposed to be used to improve the structures and provisions for women. But since 2013, we have had an array of rapes and murders of women which prove that our women are not any safer today than they were a decade ago. Take the Priyanka Reddy case for example or the Kathua case or the Unnao case, or those hundreds of rape cases that go unreported every year. While the fund is available, we are barely seeing any change at the grassroot level – a lax move on the part of the states. Women and their safety continues to take the backseat in our country.

Recent research shows that none of the states have utilized over 50% of the fund. Uttarakhand and Mizoram have used 50% of the fund allocated to them. They are followed by Chhattisgarh (43%) then Nagaland (39%) Haryana (32%). Notoriously famous for violence against women, Delhi only reported a 5% usage of the fund. The average utilisation in 18 states and union territories has been less than 15%. In fact, Maharashtra reported zero percent utilisation.

Also Read: In MP, A Shocking Incident Of A 14-Year-Old Girl Getting Raped By 4 Boys. This Is What We Get When We Raise Our Boys Wrong

These figures are staggering. This tells me two things, either there have been no instances where it was necessary to break out this fund (well, we know that isn’t true at all) or our system is truly corrupted.

The reason I am giving you’ll these statistics is because finally after eight years, Mumbai police have announced that they are going to use this fund to implement new and ambitious plans to make Mumbai safer for women. Mumbai was allotted 250 crores as part of the Nirbhaya fund and the Mumbai police have mapped out a way to keep violence against women at bay in our city.

Also Read: 19 Year Old Gets Raped Twice In Two Hours In Separate Incidents By 3 Men. This Just Keeps Getting Worse.

Among the new safety measures that are going to be implemented, there will be two phone-based apps. One of the apps will allow officials to track a woman’s live location during an emergency. They will also adopt modern technology and new equipment such as a 3-D scanner, biological evidence collection equipment, fingerprint collection equipment, and a rape kit. The police will also have a 360-degree camera and dashboard cameras to help them recreate the crime scene better. The force is also likely to get around 1,000 new patrolling vehicles, 500 more MDTs (mobile data terminals), 1,000 public address systems, six Segways and 1,200 more CCTV cameras.

Again, all this sounds really helpful but going by the numbers I presented earlier, I wonder how much of this will actually happen in the promised time. With a majority of the country just sitting on this fund, you have to be with us when we say we can’t really get behind all the promises being made.

It is no surprise that India is the most unsafe country for women because violence against women has now grown to an epidemic level. And it’s not just the violence. Disrespecting women, denying them basic rights and the deep-rooted misogyny continue to hold our people in their clutches and we simply can’t seem to shake it off.

We need to do better for our women.

If You’re Wondering Why #JusticeForKajal Is Trending, It’s Because A 19-Year-Old Girl Was Gangraped And Hung From A Tree. This Is Ghastly