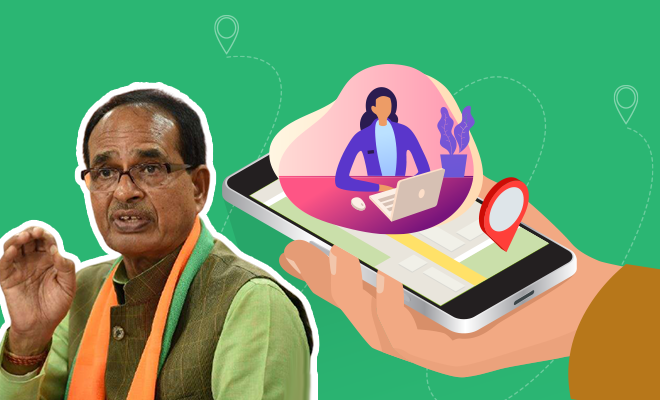 MP CM Shivraj Chauhan Says Women Must Be Tracked By Police For Their Own Safety. What Nonsense?

From our heritage and history to the fact that our country is grossly overpopulated, India is known around the world for a lot of things. However, the one we aren’t known for is being safe for women. Despite all continuous dialogues and efforts to spread awareness, women’s safety continues to be an idealistic dream. And I have several reasons as to why that is. Topping my list is misogynistic politicians and their nonsensical initiatives. The latest one that we’ve heard comes straight from Madhya Pradesh CM, Shivraj Singh Chauhan. He believes that increasing the marriage age of women and tracking their every movement is the way to achieve women’s safety. Erm, what the fuck?

On Monday, at an event that inaugurated a fortnight-long awareness programme for a crime against women called ‘Samman’, Shivraj Singh Chauhan suggested that the marriage age for women should be increased from 18 years to 21 years. And while we are open to discussion on the topic, I really don’t see how increasing the marriage age of a girl is going to help curb crimes against women. He also added that women who live alone or outside their parental homes should register themselves with the police so that they can be tracked for their safety. How does he not see how problematic this plan is?

A report in The Indian Express says that Shivraj Singh Chauhan said a new system will be put in place. Under this system, any woman moving out of her house for her work will register herself at the local police station, and she will be tracked for her safety. A helpline number will be provided to such women, enabling them to call for help in case of distress. The installation of panic buttons in public transportation will be made compulsory.

"A new system will be put in place under which any woman moving out of her house for her work will register herself at local police station and will be tracked for her safety."

They've found one more way to restrict women's movement in the name of safetyhttps://t.co/NphdUz4OHo

Also Read: Politician Jitu Patwari Compares All Of BJP’s Failed Ventures To Having Daughters. The Misogyny Is Disgusting

Talking about increasing the marriage age for women, Shivraj Singh Chauhan said, “I feel that the marriage age of daughters should be increased from 18 to 21 years. I want to make this a matter of debate, and the country and the state should reflect on this.”

Okay, I like the idea of having panic buttons in public transportation and a functional helpline that caters to women in distress. And the woman’s marriage age has been a debate forever. However, the idea of tracking women for their safety is the most ridiculous initiative ever. Honestly, from where I stand, this plan for tracking women seems like another step to restrict our movements and a another way of blaming the women for being in harm’s way. We need to be treated like adults not tracked like babies who can’t fend for themselves.

Won’t it be more feasible to educate men and boys on how to respect women and how not to rape and murder them? For once, instead of trying to limit and control women, can we try schooling the men?

This Madhya Pradesh Cop Was Caught Beating His Wife On Camera, Says She Should Have Complained Earlier If He Was Abusive