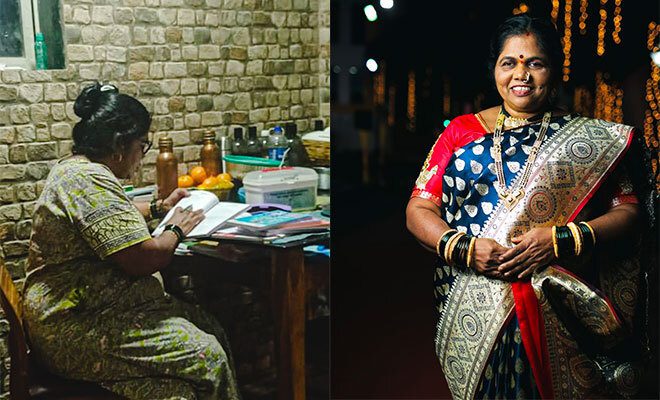 I was in college when I got the news that my mother’s uncle had decided to go back to college and study psychology (his dream subject). Three years later, that 79-year-old man passed with a distinction and got a degree in psychology. It was then I started believing that there is no age for education. One was that day and one is today, when I read the news that a 53-year-old mother from Mumbai cleared her Secondary School Certificate (SSC) exam after she dropped out of school 37 years ago. And it was her son who proudly shared the good news on social media.

Prasad Jambhale took to his LinkedIn to proudly share the news of his 53-year-old mother passing the Secondary School Certificate (SSC) exam after 37 years of dropping out. In his post he spoke about how she was 16 years old when her father died and due to the financial crisis they faced and her wanting to ensure that her siblings get proper education, she dropped out and started working.

Speaking about his mother’s SSC exam journey, he wrote that after hearing from a government school teacher that there was a new scheme for people who haven’t been able to clear their SSC, his mother started going to night school in December 2021. He further explained that the cost of their online and offline training along with the study materials was given to them free of cost by the government.

Initially, the 53-year-old mother kept it a secret from her family. And so when he would call from Ireland at night, other members of the family would tell him that she had gone for a walk. In fact, she had even managed to keep it a secret from her husband and her other son who live with her.

The son concluded his post by writing, “Her days started with learning all the lessons from the SSC curriculum. One day when I was back in India, she showed me her notebook and I was amazed to see how good she was in Algebra and English. She also showed me photos of how their group of people who left education are now celebrated, now that they have decided to resume. Even after so many years she was able to grasp different learning, and not just that, but was a brilliant student in her batch.”

In March, the mother appeared for her SSC exam and passed the exam with a whopping 79.60%.

Bihar CM Nitish Kumar Says Only Women’s Education Can Curb Population. How About Sex Education For Men Too?