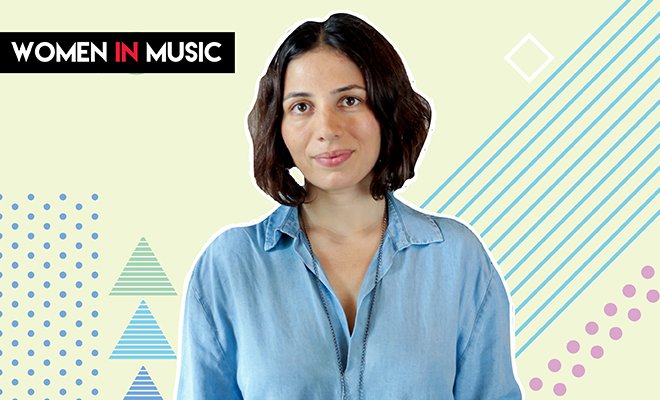 Meet The Girl Behind The Coolest New Music Festival In Town!

From being rocked to sleep to the tunes of Julio Eglesias to saving every penny she could to score herself original CDs of her favourite artists, music has been Aliya Rashid’s soul food from Day 1.

The former journalist was once a permanent fixture at Mumbai’s Blue Frog, soaking in performances by some of the best artists at the time. Now, this #girlboss is all set to launch India’s first immersive performing arts and music festival called Wonderflip — A Magical Circus.

With a music journey as colourful as ever, Aliya seems to have seen it all. Yet she’s convinced there’s more. In a candid interview with Hauterfly, she tells us how she quit her career for the love of music and what it’s like being a woman in this amazing space.

Your music connection goes way back to your childhood. Tell us what that was like.
Music was and is a huge part of my life, mostly thanks to my mother. Till today when I go to her side of the house, I can hear all kinds of music at all hours of day and night.

As a baby, I’d fall asleep to Julio Eglesias’s songs, which eventually became my cue to pass out.

The musical journey continued in boarding school (Lawrence School, Ooty), where I was one of the only ones with my own little CD/cassette boom box. I was famous for making mix-tapes for friends’ birthdays and was obsessive about buying original CDs, saving the sleeves and art work. I still have boxes of my “CD cases” at home!

What did your career journey look like before you got onto the music scene?
I studied Media and Management in college, and was a journalist for exactly one year when my in-built entrepreneur gene kicked in. My then partner, Ashi Dua (producer of Bombay Talkies) and I set up Flying Unicorn, an events agency, which we ran for 6 years.

Through this time, every holiday I planned was around music festivals, and I was pretty much part of the furniture at Blue Frog! That club brought the music scene to life in those early years!

You’ve been associated with the music space in some way or the other for at least a decade. What has your greatest learning been?
Collaborating is better than trying to do things on your own, or in contention with other people or entities. This industry is so small and nascent, we all know each other, we’re all friends, and need to support each other.

It is such a good feeling to see dear friends who are artists, and some who run the best festivals in India, keep growing year on year. It makes me feel like our time is here. In this new, vibrant, pulsating India lies the opportunity to create amazing festivals and entertainment experiences for an audience that is now ready to accept them with an open heart.

Is it particularly challenging being a woman in this space?
Most people who helm the events business are men. So yes, we’ve faced some sidelong glances in the boardroom, and have had brand managers not take us seriously in the first meeting. Some even asking questions like, “Who’s actually leading the event?” This perception changes 15 minutes into our conversation. But I think it is the first challenge that most women have to overcome in this, and any, space.

Where did the idea for Wonderflip originate?
On a beach in Goa, while reading the book The Night Circus by Eric Morgenstern. It was here that I had the inspiration for creating a festival that brings together the magic of the circus.

I have wanted to do a festival for a while. My friends jokingly call me “Festival Raani” because I am the perennial organiser, always getting the gang psyched up for the next adventure. This was a natural extension of my normal way of being.

What’s unique about this festival as opposed to others?
Before anything else, we are a circus. It’s best described in three words – immersive, experiential, and expression.

Immersive in that we would like people to come in and embrace their alter egos, release the little circus creature inside all of us, and have a little fun. We will have costumes, makeup, a chance to do impromptu performances, and much more.

We’ll also have experiential art, allowing people to literally go inside some of the art installations, and feel a sense of awe and exhilaration.

And finally, expression. They can dance, be in the great outdoors, and break away from the mundane, robotic existence of work-sleep-eat-repeat.

Why Rajasthan as a destination?
It’s the one place that evokes feelings of nostalgia, history, and magic. Plus, it has the richest history of hospitality and service.

We wanted to create a festival where roughing it out is not required, and where a simple thing like service with a smile and impeccable hospitality is as important as big, fancy stage décor.

We’ve got incredible experiences planned, from serviced tents to delivery of food and drink around the campsite, spa services and plenty of off-site activities.

The feeling of going on a premium destination holiday really resonates with the vibe of Rajasthan. That is why we had to be here and nowhere else.

Who do you think would most enjoy Wonderflip?
Everyone! The idea resonates with everyone. But mostly, I think people who are slightly crazy, creative, naturally curious, and, at some level, believe in magic, will love it the most.

We truly plan to create a wonder land! Whoever takes the plunge into the rabbit hole with us is going to come back smiling such a wide smile, people will say, “You have gone bonkers!” But in the words of the Mad Hatter, “All the best people are.”

Top 3 bands on your playlist RN.
Of Monsters and Men, Florence and the Machines… and I’ve been having a college days flashback to Dave Matthews Band of late.

Pick your jam.
For a morning workout: Atmos Boom 2014 Set

For company on an evening alone: Bob Moses – Tearing Me Up

To get you on the dance floor: Zorba the Greek

Managing Editor at Hauterfly, Liz is your quintessential web junkie! Seriously obsessed with 'shopping deals', she can never get enough of jackets, great shoes and lots and lots of bling!