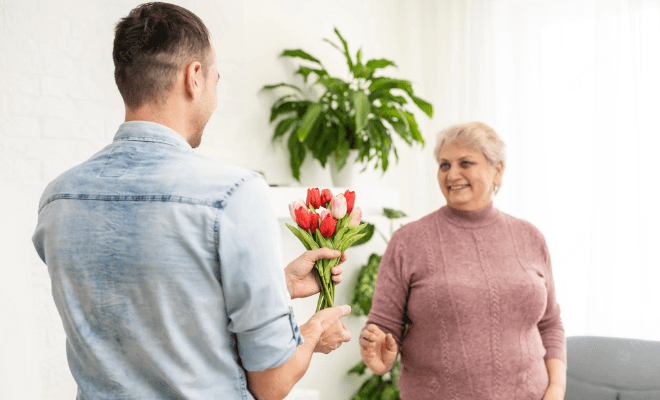 The world celebrated mother’s day on May 8, that is yesterday! Social media was flooded with cute posts by people who posted pictures and videos of them with their mothers and wrote sweet messages as captions as well. A lot of people must have treated their mothers or brought gifts for them on the occasion as well. Cakes were cut and moms all over the world were made to feel special on this day! It was a special occasion for those who are married because obviously, they have two mothers which means the celebration is also double! But a very interesting thing was observed this mother’s day. Those women who were married have shared pictures with their mothers-in-law as well and wished them a very happy Mother’s Day. But married men have not done this so! Hmm, this does not look fair!

Now, a lot of you reading this might be irritated or may even think that this is a zabaradasti khada kiya hua issue. But if you actually think about it, it is not that. The patriarchal roots run so deep in our society that the woman is made to feel obligated to accept her husband’s mother as her own but the husband does not. A Twitter user has gone on to a micro-blogging platform and voiced these thoughts as well.

A small mother's day observation- all the married women in my contacts have posted photos with their mother-in-laws too as part of thier mother's day greeting but am yet to see even one married man do that.

Now, take the example of mother’s day itself. If a man can wish his mother on this occasion and share pictures and write sweet captions, why can’t he do the same for his mother-in-law? Nobody would even ask him, to be honest. But if a woman only would have posted a photo with her mother and not her mother-in-law, I am sure her husband would have taken offence. It is the whole concept that after marriage, a woman is supposed to accept her husband’s family as her own but the same is not expected from her husband.

Now, if you go to see, Nick Jonas and Vicky Kaushal have set excellent examples by sharing pictures with their mommies and mommies-in-law on the occasion of Mother’s Day. Dear men, it would not cost you anything to treat your wife’s family with respect and love like she does yours!