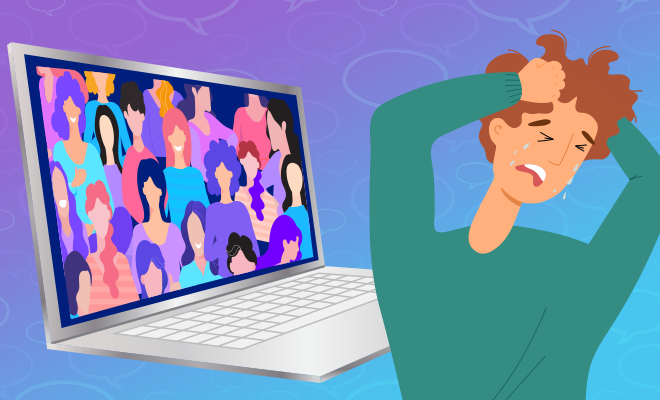 Man Accidentally Added 60 Girls He Was Sending A Selfie To In A Group Chat. This Doesn’t End Well….

Looking good? Feeling the vibe? Having a nice hair day? It can only mean one thing—time to click a nice selfie and send it to your posse and possibly the guy you’re into ATM. Except when it comes to boys, chances are they won’t be as monogamous with sending out that selfie as you might like to believe. In fact, it is most likely to be that the same selfie is now being broadcasted to a pool of prospective girls without them even getting a whiff of it. A possibility that was turned into reality after a guy accidentally ended up creating a group chat with all the women he was supposed to send his picture to, privately. Oh well….

A slip of hand turned out to be hard-hitting for a guy, who was trying to be slick while sending out a picture of his abs to the 60 girls he was talking to. He had his ass handed over to him by karma itself, after he ended up creating a group chat with them instead.

Too late to delete the picture or un-create the group, the guy was probably in touch with all the 60 women he was hoping to send that shirtless picture to, only to have them pissed all at once, with his unintended mistake. Shared on a video by one of those 60 girls, TikTok user Alaina posted about the incident with a caption that talked about how 60 women became best friends.

Also Read : 7 Ways To Date Smartly And Avoid Fuckbois In 2021

Alaina’s video started with the text on screen that said, “Added to a group chat with 60 random girls by the guy I used to talk to,” as many other women on the group went on to ask what exactly was happening, for they couldn’t figure it out at first. As the women got to talking and started sharing stories, the picture became clearer about how Mr. Butterfingers here was trying to chat up all of them at one point or another!

One woman even shared, “He matched with my roommate and then matched with me and was talking to both of us.” Realising the blunder he’d made, the man owned up to his mistake and wrote out a long, apologetic message to all the girls, saying how he was sorry for his actions.

He wrote, “Dear everyone. I am so sorry for my actions. I went upstairs to hit a late-night workout and had a terrible idea to create a private story to post douchey Snapchats to… As you know, I created a group instead. This is truly humbling, and I am sorry for those who I hurt in the process. I am learning from this mistake and will be re-evaluating my life. I will be throwing an Isaac roast party soon and you are all invited.”

And while his earnest apology and the fact that he took responsibility for his actions, how much ever perverted they may be, were much appreciated, we would be lying if we didn’t admit to waiting for that Issac Roast Party already.

Also Read : Why We Get Upset When The Guy We Had Sex With Turns Out To Be A F**kboi

GET HAUTERFLY IN YOUR INBOX!
Related ItemsFeaturedTrendingman sent picture of abs to 60 women in a group chatman trying to send his selfie to 60 women ended up creating a group chatIssac roast partyTikTok user Alaina shared the story of 60 new best friend