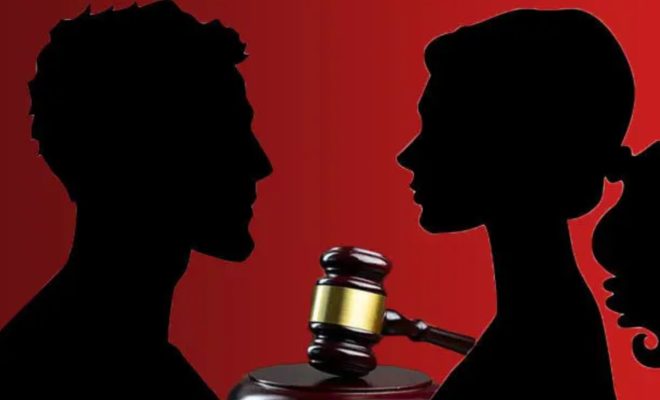 My mom always says that when making a decision one should think of all the consequences and make a sound decision. And this is because most of the time we don’t get an opportunity to go back and right those decisions. Just take the instance of this woman who first waived her right to claim maintenance from her husband and opted for a divorce by mutual consent and then later demanded maintenance under the Code of Criminal Procedure (CrPC). When the case was taken to the Madras High Court (HC), the court observed that the woman cannot demand maintenance later after initially waiving her right to it.

On September 16, Justice Bharatha Chakravarthy of Madras HC rejected a revision petition that was filed by a woman who challenged the decision of a family court which refused to direct her ex-husband to pay her monthly maintenance of Rs. 1 lakh and to pay a huge amount of Rs. 5.80 crores for the medical treatment of their 35-year-old son. However, the court supported the family court’s decision wherein it asked the husband to pay monthly maintenance of Rs. 80,000 to their 35-year-old son as he suffers from Refractory Seizure Disorder and other related health issues.

Also Read: Maintenance Awarded To Wife Is Not a Blanket Liability And Can Be Altered Subject To Change In Circumstances: Delhi HC

The Madras HC heard two revision petitions. One by the woman and the other by the husband. The petition filed by the woman sought that the family court order denying her maintenance be set aside. And the other was by the husband who sought the family court order that asked him to pay monthly maintenance of Rs. 80,000 instead of the current Rs. 20,000 to his son be stayed.

In 2005, the couple got a mutual divorce under Section 13B of the Hindu Marriage Act. At the time, the husband had custody of their son and undertook full care of him. Even the woman had given up her claim to maintenance saying that she didn’t want anything more than her son being taken care of. But then in 2011, the woman took custody of their son by claiming that the husband did not look after him and instead had admitted him to a medical care centre.

Before the Madras HC, the woman said that the reason she gave up her claim to maintenance was that she trusted the father to take care of the son, but that did not happen and he “dumped” their son in an institution. Opposing that argument, the husband said that since she has given up her claim, she could not ask for it now.

As per the reports, upon hearing the case, the Madras High Court said that while a divorced wife had the right to maintenance but Section 125(4) of the CrPC clearly states that in the case of divorce by mutual consent, the wife was not entitled to any maintenance.

The Madras HC highlighted, “Secondly, even in the judgment of mutual consent petition, the default situation is also taken care of. If the father has not taken care of the son and if the mother takes custody of the child, then the maintenance is payable only to the child and therefore, that view of the matter also, which is also the own doing of the mother herself in agreeing for such arrangements, the contention cannot be accepted.”

The Madras HC even refused to direct the husband to pay Rs. 5.8 crore as medical expenses of their child as it isn’t concluded whether he was financially capable of paying such a huge amount. Furthermore, just because the woman claims that medical expertise was more the risk factor for treatment was lower in the USA, the same could not be held as an essential need.

This Woman Approached The Family Court After Losing Several Games Of Ludo To Her Father. Our Mental Health Continues To Grow More Fragile