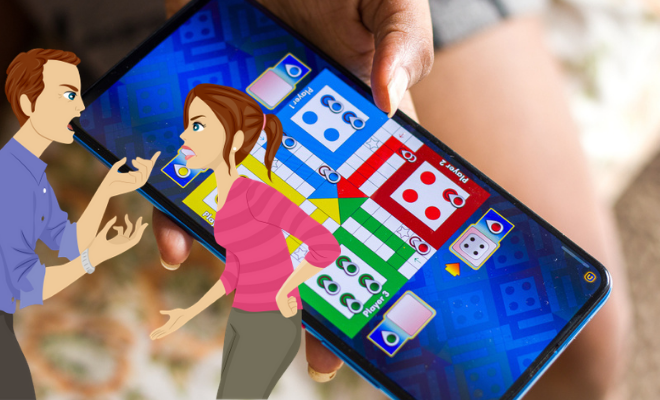 This Woman Approached The Family Court After Losing Several Games Of Ludo To Her Father. Our Mental Health Continues To Grow More Fragile

These past few months have been chaotic, to say the least. The pandemic has led the world into a downward spiral and we are all just waiting for the day we can step out without the nagging fear of being infected. However, fear is not the worst part. It’s the uncertainty that is driving us all up the wall. Don’t believe me? Let me give you a for instance. This woman approached a family court because her father kept beating her at Ludo. Everyone’s mental health has been affected by this traumatic year.

India is a country that has always shunned the concept of mental health. And while that is changing, it’s not changing fast enough. And this pandemic is only making things worse for everyone. And unfortunately, it’s triggering the dormant violent streak in a lot of people. But the incident we are talking about today is more bizarre than anything else. Well, it’s strange but understandable.

You see, this 24-year-old woman from Bhopal approached the family court after getting extremely annoyed with her father for beating her at Ludo several times. She played against her two siblings and her father. But when she lost a few games, she developed a resentment against her father which only grew over time. Talk about a sore loser.

Also Read: Studies Show That Women Are More Vulnerable To Mental Health Issues And Are More Depressed During This Lockdown Than Men

The family was forced to take counselling sessions to resolve the matter. Family court counsellor, Sarita Rajani, told ANI that the reason behind such cases is that children nowadays can’t accept defeat. She said, “Nowadays, children are unable to endure defeat which is why such cases come up. They need to learn to accept defeat which is as important as winning.”

Further adding, “A 24-year-old young woman had come to us and said that when she was playing Ludo with her siblings and father, her father killed her tokens (goti) and she felt it was a breach of trust. She said she had trusted her father a lot and didn’t expect to be defeated by him.” She also said that this girl’s anger grew so intense that she stopped addressing him as her father.

Yes, this is completely bizarre. She took her father to family court over a game of Ludo. However, if I am being honest, it’s not even the craziest thing I have heard in these last few months. It’s the perfect example of the fact that this lockdown has severely affected everyone’s mental health. And the smallest things, most inconsequential things have become triggers. Like Ludo games. The girl has been counselled four times now and the court counsellor is sure that they will get necessary results.

I would say that the key is to stay motivated and positive but at the end of the day, it’s easier said than done. The mental health of most people is in ruins at the moment and we need to find a viable solution to combat that.

This Man Murdered His Pregnant Wife Because She Put Less Sugar In His Tea. Women Continue To Bear The Brunt Of Fragile Mental Health