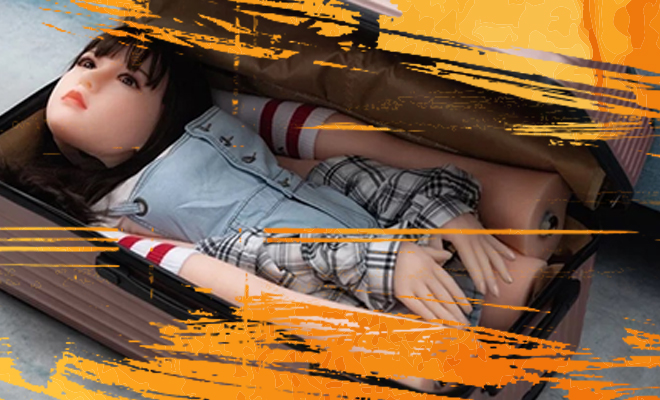 Life-like Child Sex Dolls Of Girls And Babies Are Being Openly Sold On Alibaba. This Is Deeply Sickening

Sex dolls may be pleasurable and help lonely individuals satisfy their urges but the consequences of it all are much more sinister. Women are already in a perennial battle against sexism and objectification and over-sexualising of our bodies. And this adult toy industry is simply adding fuel to the fire we’ve been trying to put out. It makes men feel it’s okay to use a lifeless, inanimate representation of a female body for their carnal desires. They feel everyone’s doing it so it is okay. But that mentality is extended to real women who are reduced to their bodies, every single day in this world.

Alibaba, China’s digital marketplace exporting to several countries, has gone ahead and sold child sex dolls from sellers who graphically described the dolls to sell them to twisted men. Advocacy group Collective Shout found a plethora of such listings on their website of sellers selling sex dolls based on children, infants and babies. The sellers have been boosting that the dolls are “anatomically correct” with genitalia feeling authentic.

This is the one that got me, Joe.

Let that ‘product description’ sink in. How could anyone conceive of grouping those words together?

I am going to get a little into details here and I know it’s really sickening but these things have to be spoken about to exactly know the kind of damage Alibaba has done. There’s a doll of probably a four-year-old that is advertised to have “three holes” for oral, anal and vaginal sex. There are baby replicas advertised as “soft” and “cute”.  Another one is boasts of being so tiny that it can be stored in a suitcase. A female child abuse sex doll is presented as perfect for those who like bondage. A little girl doll is dressed in Disney swimwear to make it evident that it’s a child. In fact, there are dolls that will bleed when you take its “virginity.

It is really sickening and campaigner Melinda Liszewski says it’s the “most disturbing content” she’s seen in the past 10 years of her work at Collective shout which battles sexualisation of girls. “It is deeply distressing to view,” she said.

The child sex abuse dolls were being sold ranging from $250 to $500. “At a time when there is more awareness of child sexual abuse than ever, how is it that a multi-billion dollar mainstream corporation like Alibaba can profit from normalising the rape of babies?” Ms Liszewski said.

Such dolls can encourage a child abuser’s diabolical fantasies by normalising the abuse. Exposure to child sex abuse dolls can also change dicey men’s palate towards what is deemed as sexual. No, we cannot afford to portray children as sexual beings and encourage sick assholes to feel aroused looking at them. It is not okay to fantasise having sex with a child or a baby. We don’t know when the perpetrator moves on from a doll to a real human being. Caitlin Roper, a campaigns manager at Collective Shout said, “Child sex abuse dolls are designed to facilitate users’ fantasies of raping a child,” She further added, “This is not a victimless crime – these lifelike dolls normalise and legitimise the sexual use and abuse of children.” In fact, Australian Institute of Criminology reported that child sex abuse dolls lead to a spike in child abuse cases.

However, it seems like Alibaba isn’t doing much to stop this from happening even though they act like it’s a major concern to them. Really, this isn’t the first or even the second time that child sex abuse dolls have been found on Alibaba’s website. “We maintain a robust product listing policy that prohibits the listing by third-party sellers of any items depicting or suggestive of sex involving minors, and third-party sellers in breach of the policy are subject to our disciplinary measures. After notification of a number of such listings, we have taken action to remove them,” a spokesperson at Alibaba said. But why is it that others have to notify the company? It’s their responsibility to keep it clean and not make money out of fuelling a sick mind’s desire of child rape. In fact, Ms Liszewski pointed out that some of these sellers are even boasting of being “verified”.

ALSO READ: Over 25,000 Cases of Child Pornography Reported Across India In 5 Months. But We’re Not Surprised

Honestly, I couldn’t even fathom the existence of child sex abuse dolls and the fact that Alibaba has been selling them all this while is even more alarming. What guarantee are they giving that these dolls won’t surface again on their portal? Meanwhile, Collective Shout is reportedly trying to get credit card and money transfer companies to ban Alibaba till they convincingly cease promoting child sex abuse dolls. I believe the customers who bought these and the sellers – all of them should be fined and/or jailed. The manufacturing of these products should be made illegal all over the world!

ALSO READ: Vanessa Springora’s Book Is About A Creepy Author Who Sexually Abused Her When She Was Just 14. This Is A Bone-Chilling Story That Needs To Be Told