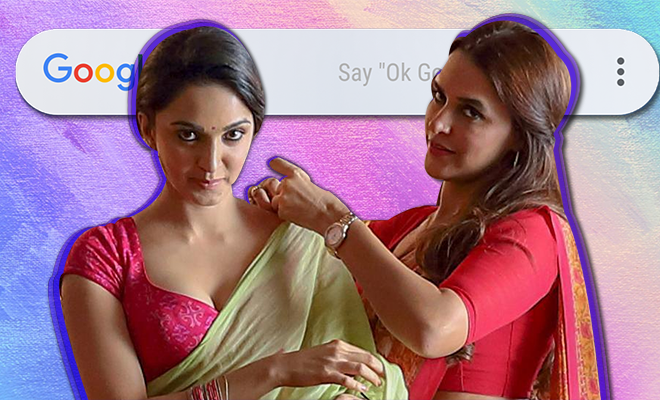 Kiara Advani Researched How To Use Vibrators For Her Orgasm Scene In Lust Stories. It Came Handy!

The aesthetically-shot scene, Kiara Advani revealed was also watched by her Anglo-Indian grandmother, who apparently was quite neutral to it. “My grandmother had come to stay with me, and the film had just released on Netflix. Of course, I had seen it and my parents had seen it. Everyone loved it and all of that,” she said, also adding that her parents were completely chill with the scene. “They knew everything when I had said yes to the film. So, they were informed. I prepared them,” she said. Her grandmother couldn’t get the humour in it, and Kiara had to explain it to her. “You get the context, right? Like, she has had this moment and an orgasm in front of the entire family.” “Well, in front of the whole world now,” responded her witty granny!

There’s been so much talk around this scene, and it just doesn’t get old!

On the work front, Kiara Advani is awaiting the release of her next movie, Kabir Singh, alongside Shahid Kapoor. The film is set to hit the screens on June 21.