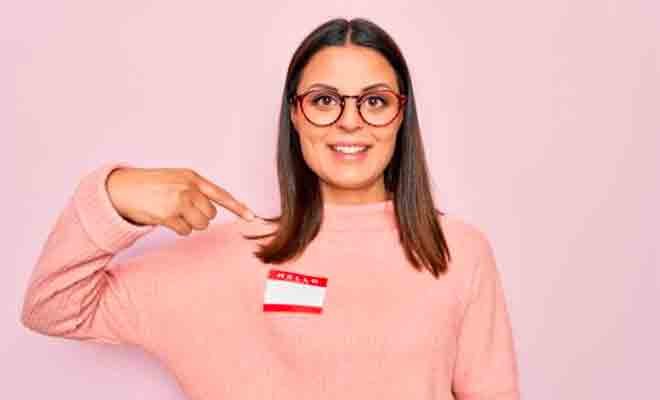 Indian Woman in England Mispronounced Her Name For 20 Years For Other’s Convenience. Until Now….

I’ve had cousins come to India from abroad, and there is one that annoys me the most is the way they pronounce Indian names. I mean, I understand the accent and everything, but my only point is that if you can pronounce ‘Chalamet’ without ruining it, then why not ‘Ritu’? And I’m not even talking about complicated Indian names, I’m talking about the simple ones—how can someone goof them up? And what do you do about it? Well, an Indian woman who lives in England, Joti Chaddha, found a solution for it, not for other people, but for herself. She mispronounced her own name for 20 years to make it easier for other people to pronounce it. Say what now!?

Recently, 27-year-old Joti Chaddha living in Newark, Nottinghamshire in England, revealed that she was so used to people mispronouncing her name that she deliberately mispronounced it herself so that it would become easier to pronounce for others.

In her conversation with LADbible, Joti Chaddha spoke about the way people around her always mispronounced her name. The former school teacher said, “Through my first primary school I was called Jotty and I remember people would rhyme it with potty and I obviously did not like that. When I moved school as I was going into year four I remember saying to my mum ‘can we make sure that everyone can say Gotty instead of Jotty, so they won’t rhyme it with potty?’ Then it changed to Gotty… I almost felt embarrassed so as teachers would come to the register, after a few crazy mispronunciations from Janita to Yolande, which don’t look anything like how my name is spelled, I just started saying it for the teachers so they didn’t even have a chance to mispronounce it, although obviously, the pronunciation I was giving was technically incorrect.”

Also Read: Woman Has Been Calling Husband “Baby” For Three Years ‘Cause She Can’t Pronounce His Name

Joti further added how she was a shy and introverted teenager who hated to draw any attention to herself. So even though she was internally screaming at how embarrassing the whole thing was, and that she wished she had an easier name, she would never correct people for saying her name wrong. The only time that Joti would pronounce her name as it was intended to was when she’d be around Indian people, because she knew they would be able to do so too.

So what made her realise that she needed to stop looking for other people’s convenience and go ahead an say her name right? Joti says it wasn’t until much later in life, like 20 years later, that she decided to stop. It happened when a friend listened to the correct pronunciation of ‘Jyoti’ on a podcast and apologized to her. Her friend then went ahead and made an effort to learn the actual way of pronouncing her name. It was then that Joti Chaddha realized that it is in fact not okay to pronounce a name the way people want to just because it is easier that way.

“In some ways I never gave people a chance to say it either, until much later in life I realized that actually, people can say Tchaikovsky and all of these really complicated footballers and sports persons’ names, then why can’t they say, Jyoti?”

And that is where you drop the mic. Having your name mispronounced is not okay. It changes the way you look at yourself and affects your confidence because your name is the first thing that you associate your identity with. And people need to recognize and make efforts to pronounce the names of others in the right way.

This Man Decided To Take His Wife’s Surname After Marriage To Keep Her Family Name Going. Where Do We Find Men Like These?