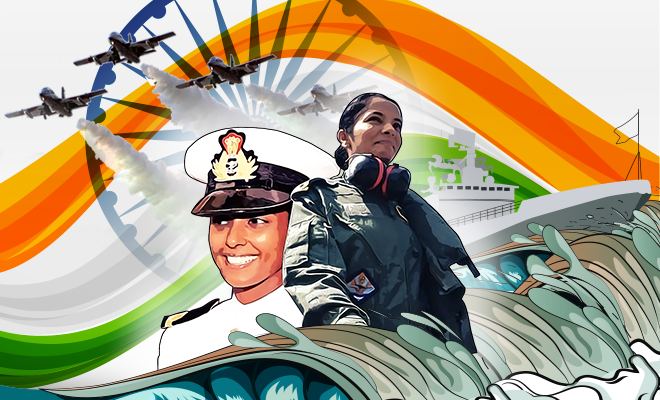 Indian Navy Gets Its First Woman Pilot Ever And Here Is Everything You Need To Know About Sub Lt. Shivangi Singh

This is a particularly happy day for all women across the nation as we finally have a representative keeping vigil over our seas from the sky. This week, Indian history will be made as Sub Lieutenant Shivangi Singh will become the first woman to become a pilot for the Indian Navy. Isn’t that so exciting? I can practically hear the glass-ceiling breaking! I was personally rejoiced to hear this news since I have long wondered why the Indian Armed forces are such a testosterone-fuelled environment. Now, crushing all stereotypes and earning her wings, Lt Shivangi will be the first woman ever to steer a naval aircraft. We are way beyond proud right now!

The 24-year-old naval officer will begin operations in Kochi on 2nd December, just two days ahead of Navy Day. In an interview with Deccan Herald commenting on her achievement, Lt Shivangi said, “It’s difficult to express how I feel at the moment. While it’s a dream come true, it’s also a great responsibility as we are representing what so many women want to do but can’t.”

First woman pilot of #IndianNavy will join Naval operations here on December 2, two days ahead of #NavyDay on December 4#LieutenantShivangihttps://t.co/CqUolx8SU6

Of course, representing so many women in a country that has treated us women as the weaker sex is not easy. But that is why I feel like we should celebrate her. She is doing what no woman has done before and it goes without saying her journey could not have been easy. Let’s take a look at everything we know about the young officer.

Also Read: Sexist Rule Restricting The Movement Of Women Officers In The Army Is Finally Done Away With

By the end of the year, two more women will be commenced into the Indian Navy as pilots. Sub lt. Shubangi and Sub lt. Divya will also get their wings at the Yelahanka Air force Station. They will then join Lt Shivangi at the Dornier Operational Flight Training.

Sub Lieutenant #Shivangi Of #Muzaffarpur, Breaks Glass Ceiling By Getting Into Naval Cockpit. She Will Be The First Woman Pilot Of #IndianNavy. Congratulations #LieutenantShivangi You are An Inspiration.🇮🇳 👍🙌✌👏💪👌#NaariShakti #FirstFemalePilot#JaiHind pic.twitter.com/UkEA7lA9zv

This gives a whole new twist to women soaring through the sky. You have to agree though, this a truly proud moment for us. Let’s just hope, we keep making progress like this in leaps and bounds!

A Pakistani Girl Yelled At Priyanka Chopra For Being Patriotic. PeeCee’s Response Was Powerful And Put Her In Her Place