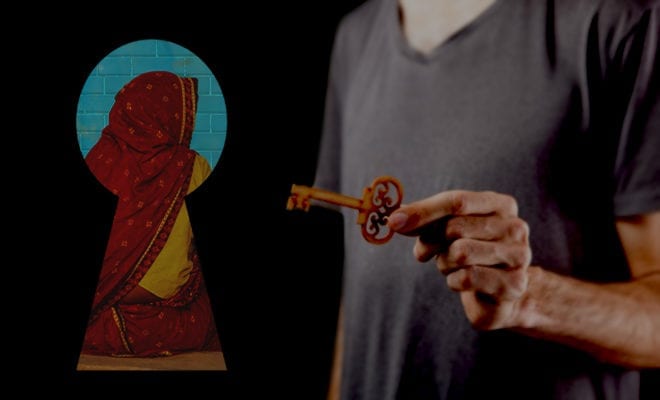 In TN, A 95-Year-Old Woman Was Locked In The Toilet Of Her House By Her Own Son

Brought into existence, loved, fed, taken care of, provided with basic amenities and in a few cases even granted a privileged life, there is no end to the kind of things that parents do for their children. While many say that kids don’t owe anything to their parents, considering it was their choice to conceive a child and bring it into the world, what we do think they are owed is due credit and a whole lot of credit. After all, loving and caring for the parents that gave you the life you live should come easy, right? Maybe thats not the case for everyone. We discuss this because we found out this story of a mother found locked in a toilet by her son making the rounds.

An incident that took place in the Salem district in Tamil Nadu, sent us all in deep shock, given that it was her own son and this seems quite horrible.

Found locked in a tiny toilet for almost a fortnight, this 95-year-old woman was allegedly starved and dumped in a toilet in her own house by her son. It was only when the woman’s cries were heard by some of the neighbours that they reported it to the police, who then found her confined to the washroom.

In a shocking case of human cruelty, a 95-year-old woman was allegedly starved and kept confined to a toilet in her house for a fortnight by her son in nearby Salem district#News #India https://t.co/Dc5ZfeqXSL

Also Read : A 90-Year-Woman From Hong Kong Was Conned Out 2 Crores By Fraudsters

Turns out, the only way she had survived was because of the running water in the washroom. The police arrived at the scene in Dalmia Board locality at Omalur after receiving a tip from one of the neighbors and found the woman lying on the floor of the unhygienic toilet in a rather distressed and bad state.

Identified as Radha, the woman was apparently living off of the pension of her late husband, who according to reports, her youngest son had managed to exploit. The mother of 4 children has now been taken to an NGO where she is being given proper food, care and treatment.

However, what is shocking is that despite being treated worse than anyone and kept locked in rather inhuman conditions, the woman has denied to file a report against her son. Guess, that is the love of a mother for her child, even after being wronged, she refuses to harm her son. Unbelievable!

Also Read : 70 Year Old Woman Kept Her Son Locked Up For 28 Years. This Is Scary