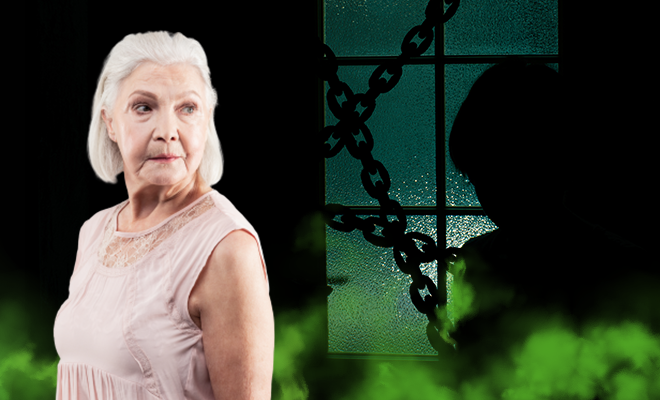 70 Year Old Woman Kept Her Son Locked Up For 28 Years. This Is Scary

It is often said that we all have a certain special connection with our mothers. And considering their womb is our home for 9 months, it could be why that is. From being coddled in their arms when we’re babies, feeling safest in their embrace, it is safe to say that our mothers are our sole protectors. But what happens when the person who is supposed to keep us from all harm, turns into the one harming us instead? This is what happened when a mom held her son captive.

The head of the preliminary investigation has revealed that the woman was held on suspicion of unlawful deprivation of liberty and grievous bodily harm, as reported by a news agency. The man, allegedly, would have had to be 13 years old when  taken into captivity. This is insane.

Also Read : This Man Locked Up His Wife In A Small Toilet For Over A Year. Why Are Women Treated Worse Than Animals?

Police in Sweden arrest a 70-year-old mother who allegedly kept her son under lock and key in their apartment for 28 years https://t.co/FBz6hnw67N

The man was apparently found by a relative on Sunday who had learned about the woman being admitted into a hospital. When the relative went around to the flat to check on her, she found the apartment to be unlocked and smelling rotten. She recalled the place to be full of, ‘urine, dirt and dust’ and said, ‘it smelled rotten.’

Upon hearing a noise coming from the bedroom, she then saw man sitting on blankets and pillows. According to the relative’s account in the paper, ‘he had no teeth, had sores on his legs and his speech was slurred’. It was after the relative had alerted the authorities that they dug into the matter to suppose that the man had been locked up all these years.

The relative also said, “He spoke very fast and a little incoherently, but he was not afraid of me.” The police is yet to question the son and the mother in this bizarre incident, but even if the allegation of a mother doing this to her son and holding him captive is remotely true, we are disgusted at the idea of just how low humanity has stooped. To take away someone’s freedom and keep them locked away is far from acceptable and we hope that the police gets to the bottom of this soon.

Also Read : Keith Raniere Branded Women, Had Them As Sex Slaves And Tortured Them. He Got 120 Years In Prison. It’s Not Enough