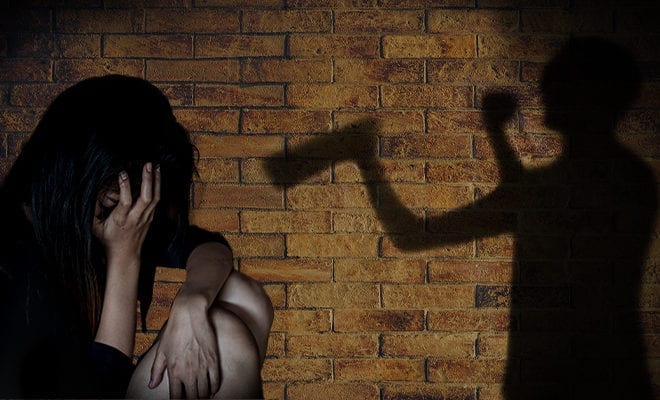 In Kerala, Woman Sexually Assaulted, Force Fed Urine By Live-In Boyfriend For 22 Days. Who Can We Trust?

Often, we don’t know what goes on behind those closed doors. Are they hiding a body? Are there crimes of intimate partner violence taking place behind those doors? Is someone getting raped, beaten up and tortured? Is someone being forced to sell their bodies? We don’t come to know but these crimes cannot be hidden for a long time. However, sometimes, by the time they surface, it’s too late. Sometimes, though, the survivor escapes, neck-deep in trauma but with hopes of finally being free. Recently, a woman in her 20s escaped from a flat in Kochi, Kerala and survived to tell the tale of being sexually assaulted and tortured by the hands of her live-in partner.

The young girl was locked up in that apartment for 22 days by her live-in partner, Martin Joseph and in that duration, he derived sadistic pleasure from beating her up. He sexually assaulted her and even forced her to drink urine. One day, when he went out to buy food, she managed to escape and alerted the police.

As per Kerala police, the woman and Joseph were in a live-relationship since February 2020, as per a report by OneIndia.com. Originally from Kannur, she was working as a fashion designer in Kerala. However, their relationship started going downhill when Joseph took her savings amounting to Rs. 5 lakh and invested it in the share market without her consent.

She left to return home to Kannur but Joseph started blackmailing her that he’d leak her nudes that he was in possession of. The woman was forced to return to Kerala again and that’s when he locked her up and began assaulting her.

The woman filed a complaint and also has physical evidence including scars and burn marks on her body. The accused had been absconding since then and later appealed to the high court for anticipatory bail.

Kerala’s women’s rights panel has taken up this case and condemned the delay on the police’s side in investigating the case. They directed the police to expedite the investigation and case proceedings. They also asked the police to provide protection to the woman as she revealed she was being threatened to withdraw the complaint.

ALSO READ: In TN, A 95-Year-Old Woman Was Locked In The Toilet Of Her House By Her Own Son

This is a case of intimate partner violence, which leaves women to think – Can we not trust our partners too? We can’t trust them with our finances, our safety and give them any sort of control. So women are just supposed to live in distrust and a constant threat to our security? That’s a lot of anxiety and it just makes men seem not worth having anything to do with. Yes, not all men are like that but many are and maybe we don’t want to get sexually assaulted and tortured to find out who is.

ALSO READ: In Pune, This Man Masturbated At A Woman In An Autorickshaw