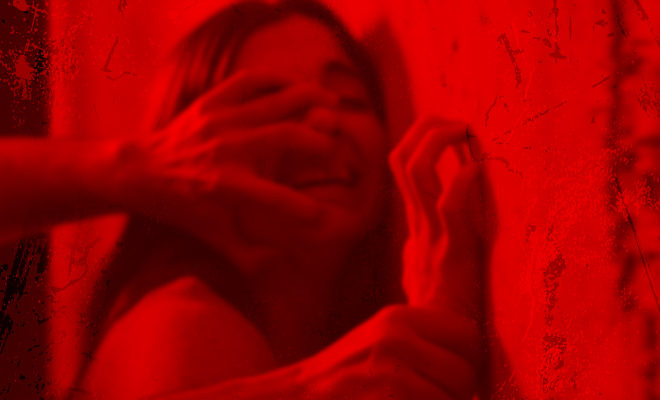 In Gurugram, Five Men Abducted And Gang Raped A Woman Coming Back From Her Late Night Shift

Being a journalist, one would assume that I am in the habit of scrolling through news portals and flipping through newspapers. Well, they would be right but I don’t necessarily enjoy doing it. At this point, going through the news has become less of a habit and more of an occupational hazard. Why? Well, it’s simple. Every time I open any news portal there are numerous reports of women getting violently raped and butchered. And needless to say, those kinds of reports have my blood boiling to a point of evaporation. Just recently, I learned about this woman from Gurugram, Haryana who was abducted during the wee hours of the night and gang-raped by five men. Will there ever come a day where women can walk on the street by themselves at night and be completely safe? Because what’s happening right now is absolutely sickening.

In a horrifying incident on Monday, a 24-year-old woman was abducted in Gurugram and gang raped by 5 men. When the incident took place, the victim was returning home after a late-night shift. The victim is a resident of Dwarka and works at a bar from 7 pm-3 am shift in a Gurugram mall on MG Road. She boarded a cab at 3 am from IFFCO Chowk when three men kidnapped her and took her to a farm in the Jhajjar district. There, two more men joined in. According to reports, the five accused reportedly locked her in the cab, drank alcohol and then violently gang raped her.

Also Read: Three Men Gang Raped A Woman In Front Of Her Husband And Also Made A Video Of The Crime

The woman was raped continuously till morning. Then the accused dumped her near Farrukhnagar. She was rescued by the police at 6:30 am after she called for help. The victim said, “The cab stopped near me. Apart from the driver, two other people were already sitting in the vehicle. I told the driver that I had to go to Dwarka Mod and he said he was going in the same direction and agreed to drop me. Once I was in the cab, I fell asleep. Sometime later, I woke up and saw a board that said ‘Pataudi’. When I asked them where they were taking me, they threatened to kill me.”

According to the police, the victim heard the names of three of the accused- Pankaj, Manoj, Vicky. However, none of the accused have been arrested yet.

This is gruesome. And I know that a lot of people will now argue that a woman should be out at that late hour. Or that she shouldn’t have gotten into the cab. Or that she worked at a bar. But you know what, it’s high time we change this backward mentality. Why couldn’t the men just leave her alone? Why did they have to partake in such evil acts? We have to change the narrative and teach the men how not to rape. Otherwise, women will keep falling prey to these disgusting monsters.

Victim’s Past Sexual Experience Is Not Relevant To Consent, Observes Delhi Court In A Rape Case. We Agree!