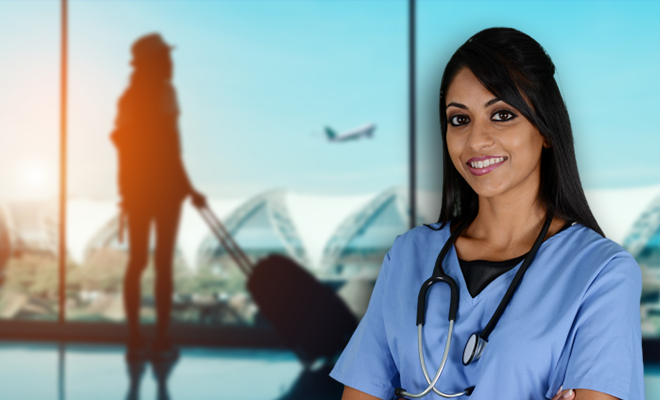 Recently, a tone deaf politician, said the marriage age of girls need not be increased since they are able to reproduce by the age of 15. The problem with his statement wasn’t just the fact that he was suggesting women get married only for reproduction but also because he was promoting child marriage. A problem that needs to be cured from the roots, lest young girls find dramatic ways to escape it. Like this girl from New Delhi who escaped her uncle’s house to avoid getting married at the age of 16.

A story that has left us with a bittersweet aftertaste, this is about a girl who went missing four years ago from her uncles place, only to be found now, pursuing a course in nursing.

Turns out, the girl had fled to escape being a victim to child marriage and was only 16 when she ran away. Since then, the Delhi police made several efforts to locate her and even kept a reward of Rs 50,000 for anybody providing relevant information about her. Officials shared that she had left the house in May 2017, and that the missing case was reported at the Shalimar Bagh police station in northwest Delhi where a kidnapping case was registered and an investigation initiated to cover all grounds in finding the girl.

The girl had left to escape being married off as a minor and is now pursuing a nursing course.😮👍https://t.co/XdkdDbfd1F

Deputy Commissioner of Police (Crime) Bhisham Singh revealed how, “Our (Crime Branch) team contacted and examined the relatives, friends and acquaintances of the girl. After analysing Call Detail Records, we found that the girl was somewhere in Bihar.”

It was Head Constable Ramdas who received a tip from his source about the girl arriving in Delhi at the Anand Vihar Inter-state Bus Terminal. With that, they were able to find her and Ramdas further said, “When she was in Class 10, her maternal uncle was forcing her to marry a person of his choice, but she did not want to get married as she was interested in studying further. So she left her maternal uncle’s house in 2017 without telling anyone and reached her maternal grandmother’s house in Samastipur district of Bihar.”

The DCP shared how since no one came looking for her in Bihar, she decided to complete her school education and took admission in a nursing course in Samastipur. And that is exactly what a girl her age should be doing – making her career or pursuing studies and not getting caught in the winds of child marriage.