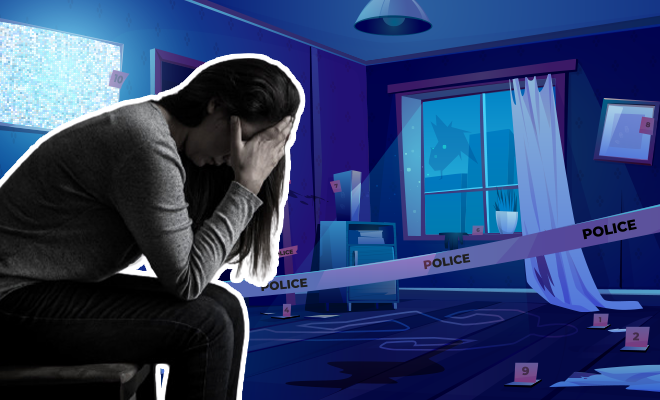 In Australia, A Couple Held An Indian Woman Hostage For Eight Years And Enslaved Her

The world is a cruel place. It’s unjust, unfair and because of all the brutality women have become an endangered species. I would say that we need women’s safety and education but it’s pointless. It’s clear that no one wants to take responsibility for the chilling crimes that happen against women on a daily basis. And if that isn’t enough, sometimes we come across cases where it’s one woman preying on another. These kinds of cases give me goosebumps. For instance, this couple in Australia kept an Indian woman captive for eight years. They treated her like a slave and were extremely abusive. This is just terrifying.

Kumuthini Kannan and her husband Kandasamy Kannan held a woman hostage and enslaved her for eight years. To say that they treated her poorly would be an understatement. The victim had come to live with the couple first in 2002. The couple has now been convicted of imprisoning this woman from Tamil Nadu in their Mount Waverley home between 2007 and 2015.

However, the court found that Kumuthini was more culpable than her husband. While she received 8 years behind bars, her husband only received 6 years. The court described Kumuthini as being excessively dominating while Kandasamy was described as having a weak character. It was said that the couple showed no signs of remorse for what they did to that vulnerable woman. In fact, they struggled to come to terms with the situation.

Also Read: In MP, A Woman Was Forced To Drink Acid By Husband Because She Found Out About His Affair

The victim was a widowed woman from Tamil Nadu who had barely any formal education. She’s been working in fields and doing other menial jobs since she was 12 years old. The woman has four children and was left to raise her family alone. Needless to say, she was in a perpetual financial crisis. At Kumuthini and Kandasamy’s house in Australia, the woman was not allowed to speak to her family and was made to work 23 hours a day. She looked after the couple’s three special-needs children and did all the household chores.

This woman has had tea and other food was thrown at her and once was beaten with a frozen chicken. The couple was only paying her $3.36 per day. Reportedly, once the woman’s son in law demanded the Kannan’s return the victim and they replied saying, “fuck you”. However, in July 2015, the victim, now in her 60s, was rushed to hospital by ambulance after she collapsed.

Fearing that they would be found out, Kumuthini lied about the woman’s identity and hence, she was admitted to the hospital under a false name. Parallelly, the Victoria police had been investigating the welfare of this woman on behalf of her worried family back in India. They visited the Kannans who lied and got away with enslaving this woman until September 2015. Then they came clean and their family lawyer said they wished to apologise. In October 2015, the victim was released from the hospital and sent to a nursing home where she remains even today.

On Wednesday, Justice John Champion told the Victoria supreme court, “No one has expressed any sense of regret or sorrow – it’s a fairly remarkable absence of humanity.”

This case is absolutely horrifying.