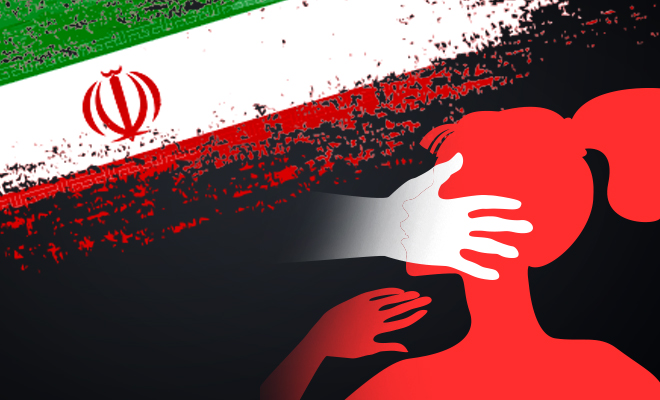 In A Shocking Case Of Honour Killing, A Man In Iran Beheaded His Daughter. He Did This After He Consulted A Lawyer About The Punishment.

Most families have the mother being the friend, the confidante to the children and the father being the disciplinarian and the one who we learn some skills from – riding a cycle or driving. Of course, these are broadly defined roles and have undergone a sea change now. In a moment of need to a moment of celebration, as children, we are all wired to reach out to them no matter what the case or circumstance, and just know that we’d be taken care of. Or at least that is what I thought happened, especially when it came to the bond that daughters share with their fathers – pious and unconditional. But like in everything else, the world has yet again proved us wrong and stripped us away from any ounce of faith left in humanity or parents, after a father in Iran beheaded her daughter, because once again, honour won over life.

That night, as Romina, the 14-year-old daughter of Reza Ashrafi lay asleep in her bed she had no idea of the kind of fate that was awaiting her and at whose hands. Picking up a farming sickle, Reza Ashrafi decapitated his own daughter in his house all because she was going to run away with her 29-year-old boyfriend, and in doing so would have brought shame to her family.

Iran has always been one of those countries that have never allowed for women’s rights, riding on the back of their religious beliefs, ones they hold on to rather strongly because it allows to exert power and dominance over women in not just their public life, but also their private lives. Violating several women’s rights and human rights, Reza Ashrafi was one such man, who took advantage of the weak justice system for women, to counsel with his lawyer, before killing his teenage daughter.

'Before he beheaded his 14-year-old daughter with a farming sickle, Reza Ashrafi called a lawyer … What kind of punishment, he asked the lawyer, would he get for killing her?'#Iranhttps://t.co/4dINEI6xLW

Also Read : A Child Witnessed His Father Beating His Mother To Death. Other People Stood Around Taking Videos. Humanity Is Dead

Having been assured that he wouldn’t land up with a capital punishment on his head, Reza was advised that in doing so he would have to spend at least 3 to 10 years in prison, and so he went ahead with the honour killing. Bone chilling to us, but almost an everyday occurrence in Iran, where there have been numerous cases where parents have harshly beaten up their daughters for changing their route from school to home.  After all, with laws in place that excuse fathers like Reza Ashrafi from being executed , what more can be expected in the name of justice or equality?

Before he beheaded his daughter with a sickle, Reza Ashrafi called a lawyer.

What punishment might he expect, he asked, for murdering her?

Women and girls on the daily are marginalized, coerced and physically violated into submission as the government and law protect and serve men. As the women continue to be represented by and spoken for by their male guardians, such brutal cases of murder turn up reguarly but barely cause a ripple in the ocean of violence.

And at this rate, where honour killing accounts for nearly 30 percent of the reasons women can be killed for, we can only imagine how bleak the future looks right now. And, even though Iran’s supreme leader, Ayatollah Ali Khamenei, has called for “harsh punishment” for anyone who abuses women like Reza did Romani, we wouldn’t be too sure that justice will actually be served.

And that’s the unfortunate truth.

Also Read : In A Unique Initiative, Victims Of Domestic Abuse Can Use This Hand Gesture To Ask For Help Silently Without Alerting The Perpetrator