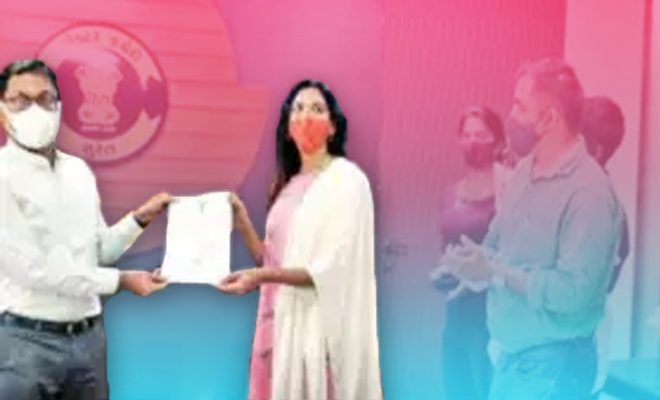 In A First, Trans Woman Gets Identity Certificate From Gujarat Government

Being a part of the LGBTQ+ community can give you a sense of belonging but perhaps not the validation you need to be counted. But getting recognized for who you really are is a whole other ball game. Imagine having to be trapped in a gender identity that you don’t recognize or relate to. That must feel frustrating and infuriating. But now that the government has made new laws that support the LGBTQ+ community and also recognizes them, gives new hope to all those who want to celebrate who they really are. Just like Sandip, now Alisha Patel, a trans woman – who became the first trans woman in Gujarat to get the identity certificate.

Recently, Sandip – after four decades of facing constant turmoil within himself and spending around Rs.8 lakhs for a sex change operation – finally found her own identity as Alisha Patel. And not only that, her identity as a trans woman was recognized by the Gujarat government.

The oriental therapist, Alisha Patel, became the first-ever trans woman in Gujarat, to get a government-issued gender identity certificate. Upon getting the certificate, Alisha Patel said, “It is like a rebirth. I can now confidently claim my identity and do things as a woman that I could not do earlier.”

Speaking about her past, Alisha Patel talks about how she knew that her gender identity was of a woman since the age of 12. She preferred wearing long skirts in uniforms instead of boy’s shorts but she couldn’t express her will or herself back then. She was the youngest of six sisters. Alisha Patel, a trans woman, talks about how everything – from her interests, way of talking to her body language – conveyed that she was going to identify with a woman growing up.

Just like most of the people who belong to the LGBTQ+ community, even Alisha Patel, a trans woman, grew up facing a lot of discrimination in school, college, and even in her workspace. She recalls having the support of her family and counseling by her psychiatrist to be the backbone of her gender identity journey. It was they who helped her realize that she had gender dysphoria.

After that, she continued finding her gender identity and soon found her new identity is Alisha Patel. Alisha Patel, even dropped out of the diploma engineering course that she was doing and instead started learning the art of oriental therapy – something that she was interested in.

One of the district social defense officers in Surat, Gujarat, Lalji Patel commented on this first implementation of the new LGBTQ+ laws. He said, “Earlier, to get an identity of transgender or trans woman was a lengthy process. But now it is easily done through online registration. Alisha is the first trans woman in the state who got this certificate.”

And I couldn’t be much prouder of the Gujarat government. They not only abided by the new rules but made the process of getting a gender identity for a trans woman and others much easier. This makes me hopeful for the future of the LGBTQ+ community.