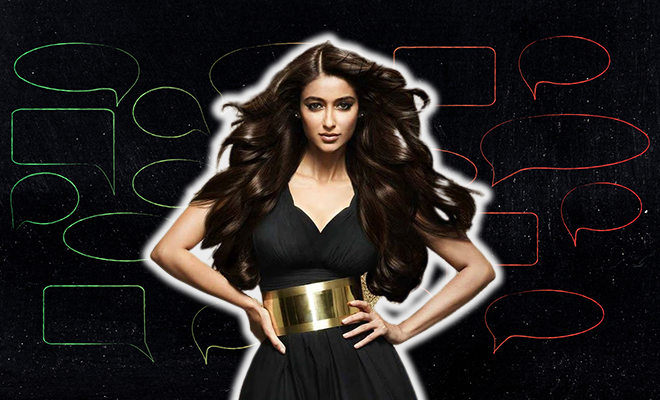 Ileana D’Cruz Gives It Back To A Troll Like A Boss Who Asked Her About Her Virginity. We Think He Had It Coming!

Being a writer has always been a dream for me, and I love my job. But having said that, there are also certain parts of my job that I don’t quite look forward to on the daily, or at all for that matter. From dealing with shitty emails to sometimes to writing out stories that take a toll on you for weeks, I have accepted these as the part and parcel of it all, just as celebrities try to make peace with stupid trolls who clearly have no boundaries. Except Illeana D’Cruz who decided she was not willing to take any shit any more.

Just recently, the Raid actress was active on her Instagram account and decided to engage in a nice cool interaction with her followers through an ‘Ask me anything’ series on her IG stories. And while all was coming along in fun and games, one particular person took the activity a little too seriously and thought it was alright to ask her about her virginity. He wrote, “Man… When did you lose your virginity…?”

And while we wanted to ask him when he lost his mind because he deemed it fit to ask such offensive questions to anyone. Ileana may have shown him where he went wrong by a crisp reply. She gave it back to the troll by saying, “Wow. Nosy, much? What would your mother say? Tsk tsk.”

Not only was the question asked inappropriate but also extremely stupid and we are glad Ileana made sure this guy knew. Although we do feel that there were much better and sassier ways in which she could have given it back to the troll, but we will make peace with bringing in parents into the picture. I mean, it’s the kind of response you would give someone on the street but if that’s where we are at and it will shut down the idiots, we are all for it. Then again, a lot of the stars are aware that such conversations might come to the attention of the parents. Like Student Of The Year 2 actor Tiger Shroff , for he too was asked about his virginity, to which he replied, “Abe besharam! Mere mom dad bhi follow kar rahe hai mujhe. (Shameless! My mom and dad also follow me)”

But either way, people need to get over the need know everything and anything about celebrities and feel entitled to do so, just because they have a part of their lives offered up in the public eye. It’s time we realise there are certain lines we need not cross.

Also Read : Dear Trolls, Malaika Arora Doesn’t Give A Damn About Your Opinions And Has Toughened Up. She’s Such A Star