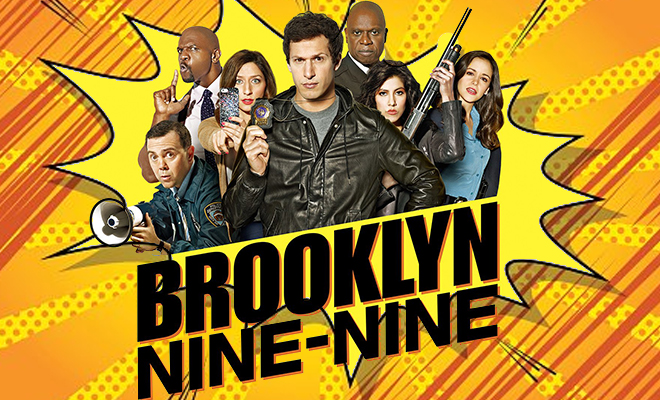 If You Are Missing All That Office Banter, Watch Brooklyn Nine-Nine

You know, I have never met anyone in my life who has said they don’t like Friends. The show, not people. Though there are those also. rueAlthough, I have met people who haven’t watched it and I am not ashamed to say that I really judged them. Friends is arguably the best show that was ever made. Yes, it had its flaws and maybe it wasn’t perfect but even then, the show has touched millions of lives and I wouldn’t give up watching it for anything.

It has been over ten years since the finale of Friends (I cried when they took that last bow) but no other show has ever come close to what they created. Trust me, I am very picky with shows and I prefer watching and rewatching shows I know I will enjoy. It’s crazy but it’s not right, it’s just not right.

There is one show though that came a little close to Friends in terms of cast chemistry and humour. That show is Brooklyn Nine-Nine. If you haven’t watched it, now is a perfect time. It’s chill yet super intriguing and the cast is amazing, the protagonist Jake Peralta is played by Andy Samberg, so you know it has to be funny.

Also Read: 5 Hilarious Shows You Can Watch Reruns Of During This Lockdown

I finished watching Brooklyn a while ago and I keep up with the new episodes (season 7 is turning out to be amazing). I must admit, though, this lockdown and work from home thing has made me revisit this show over and over again. I started watching from the pilot episode. And I have watched almost half the show all over again until now (don’t judge me, I watch a lot of shows). But I soon realised that I am watching Brooklyn Nine-Nine all over again because I miss my own office banter with my “squad”. We aren’t police or anything, but there is no denying we do have a kick-ass time just like the characters.

I know the show is fictional and no workplace can match up to the fun they have in the 99th precinct (even real cops don’t function like that). But I can’t deny there is something about that show that just reminds me so much of my team and all the fun we have. Work from home is not only tedious but it’s also boring and it all because we have to work all by ourselves with no one to talk to, play games with, laugh at or take breaks with. I weirdly feel better when I watch it in the middle of the day. It reminds of that office banter I am missing that normally entertains me for most of the day. And yes, I sometimes watch shows while working, don’t pretend like you don’t.

Also Read: 5 TV Shows That I Have Been Watching To Help Me With My Boredom. I Love These

However, I don’t think Brooklyn Nine-Nine has gotten enough credit. And I am not saying this because I am a huge fan and I am biased (though I am), I really think there need to be more conversations about this show. I mean, after a very long time, there’s a show that has a similar vibe to Friends. Though the characters, plots and even the kind of humour are very different, Brooklyn and Friends have something that is very similar. Maybe, it is that you can watch both the shows like a hundred times and not get bored with them.

So, if you need a good show to watch (who doesn’t?) and still haven’t watched Brooklyn Nine-Nine, check it out. It’s the kind of show that is a perfect binge-watch during this lockdown and on a bonus point, you won’t miss your office squad as much.