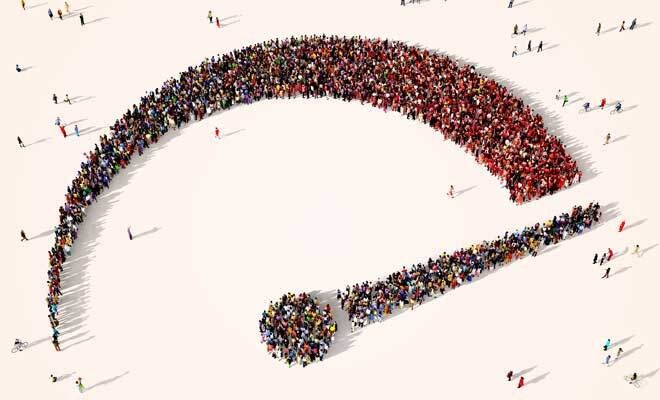 There are many aspects where India tops the list amongst other countries, one of them being population. I mean, after all, we are the second-most populous country in the world after China. The government as well as non-profit organizations, for many years, have been trying to get the population under control but it always has been a work in progress. But now, after all these years, their efforts have borne fruit. Yep, you read that right. The fertility rate has declined at the all-India level and that means the population of the country is now stabilising. Isn’t it good news? (ironic choice of words)

According to the latest National Family Health Survey (NFHS) that was released by the Union Health Ministry, the Total Fertility Rate (TFR) or the average number of children per woman has declined to 2.0 from initial 2.2 (reported in 2015-16) at the all-India level. And all of this is thanks to the family planning programme that has been going on for decades.

The data collected in the NFHS 2019-21, the fifth in the survey series, shows that the fertility rate in urban areas is 1.6% and in rural areas, it is 2.1%. And according to Dr. K S James, who is a director at the International Institute for Population Sciences, the TFR of 2 is a “definite indicator” of the population getting stable in the long term in India.

Dr. K S James told The Indian Express, “The number means two parents are replacing two children. In the long run, we will have a potential growth rate of zero. It is not immediate… A TFR of 2.1 is something a country wants to achieve. That way it is a very huge development because of maternal and child health improvement.”

In fact, even Prof. K Srinath Reddy who is one of the country’s top public health experts and also the president of the Public Health Foundation of India said, “The country has been aiming for a TFR of 2.1. A fall to 2 means we have achieved our goal of population stabilisation. This means we will possibly still become the most populous country in the world — it was expected somewhere between 2024-2028 — but it will now be delayed. It essentially means that we need not worry about a very large population being a challenge to our development… Importantly, we can no longer say that due to population growth, there is strain on our natural resources. Now if we are stabilising the population, there is really no excuse for neglecting the environment.” 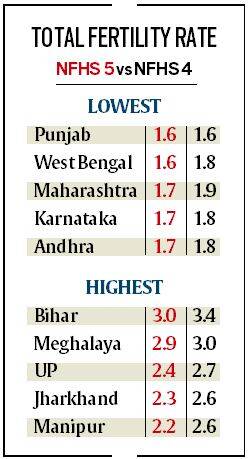 The latest data collected by the NFHS also shows that there are only five states that have a TFR of above 2 – Bihar, Meghalaya, Uttar Pradesh, Jharkhand, and Manipur. The data also sheds light on several indicators that have helped in the decrease of TFR – the indicators are related to fertility, family planning, marriage age, and women’s empowerment.