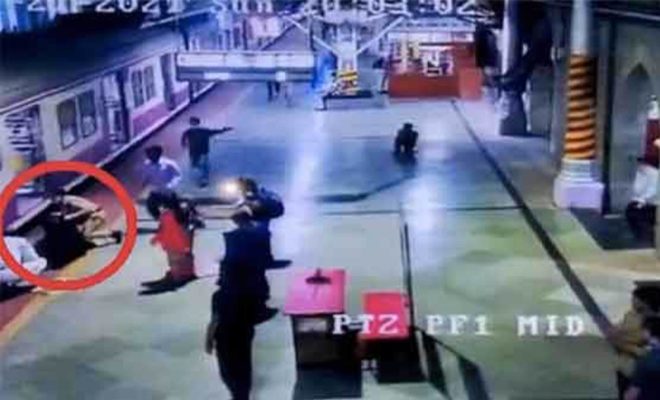 As someone who has always been enamoured by stories and the world of fiction, tales of valour have always fascinated me. People going out of their way and potentially putting themselves in harm’s way to protect someone else is somehow something I have always kinda glorified in my head. So imagine how awestruck I was when I heard the story of the brave, young female RPF constable named Sapna Golkar who saved someone from getting into a railway accident a second time in two months.

A 25-year-old female constable named Sapna Golkar who works with the Railway Protection Force (RPF) saved a passenger who was at risk of falling off a train. Constable Sapna Golkar was sitting on a bench when she noticed a passenger, Rashida Khan, who was about to fall off the train. Rashida Khan was losing her balance and getting dragged by a train when Sapna Golkar noticed her. Golkar ran and pulled Khan away before she could get severely injured.

Sapna Golkar who was recruited this year only said that she pays close attention to the women’s compartment while patrolling platforms. Golkar said, “Some travellers are inexperienced and may try to get into a moving train.” This is essentially what happened at Byculla station at 8 pm. According to reports, Khan, along with an acquaintance tried to board the train to Badlapur as it had just started moving. Around a month ago a similar incident happened with Sapna Golkar on Sandhurst Road station as another woman tried to board a moving Badlapur local train at 2:15 pm.  Golkar stated “I instinctively ran towards the woman traveller before she lost her footing and fell. Seconds after I had pulled her away to safety, the train halted and other travellers gathered to find out if she was hurt. She had no major injury.”

Also Read: A Female Police Sub-Inspector Was Arrested For Accepting Bribe From A Rape Accused. She Failed Womanhood And Humanity

She responded with all the praise as she said that she was just doing her job. Sapna Golkar said, “It was my dream to don a uniform as nobody in my family has worked with the police or paramilitary forces.”

Amidst so much news we receive of cops who do more harm than good, people like Constable Sapna Golkar are what we need. Someone who is passionate and diligent about their job and are humble as well!

Female Journalist Reveals Her Reporting Ordeal, How Men Touch Their Crotch Around Women