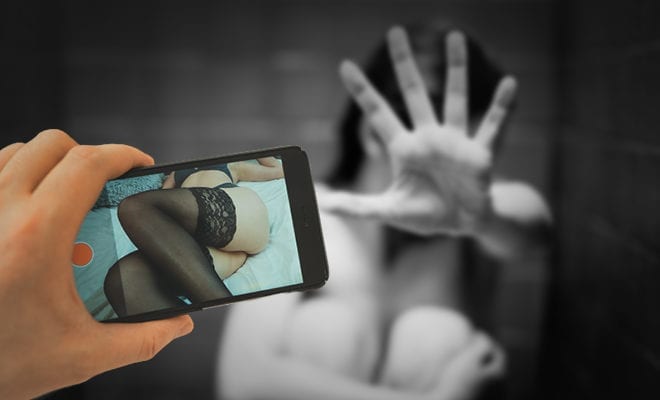 Mental health issues are serious but unfortunately do not get as much attention as is needed. Most people going through mental health issues like depression, anxiety, etc. feel helpless, lost, and alone in their state. This is why there are a lot of steps taken to make them feel a part of society. From therapy groups, counseling to even therapy apps – there are safe spaces provided for them to communicate and speak about their issues. But they aren’t always as safe as we tend to assume. For instance, in a recent case, a man from Delhi was arrested for blackmailing a woman, asking for nude pictures and videos on the Talk Life App – which is a peer support network app.

Hard to believe, isn’t it? This 21-year-old man had befriended many depressed and poor women that belonged to South Asian countries on the app, a peer support network developed for those dealing with mental health issues. And during their conversation, he would ask them for their nude pictures and videos in exchange for providing financial aid to them. Once he received their pictures and videos, he would not transfer any money to them, instead, blackmail them for more pictures/videos.

This horrifying, blackmailing case came to light when an Indonesian woman registered a complaint with the Shahdara Police. In her statement, she said that she met this Delhi man on the app- a assumed to be a safe space for mental health issues to be discussed. According to the complaint registered, he had initially asked her to send nude pictures and images for money. She had accepted the offer since she belonged to a poor family.

The police, after registering the blackmailing case, started with their investigation by pulling the records of the man’s mobile number. After which the police traced the man to Dilshad Garden, Delhi. Upon searching the residence, they acquired two mobile phones from the man that were used to commit the crime and also store nude pictures and images of the women.

While interrogating the man, he admitted to committing the crime. He revealed that he would establish contact with girls from South Asian countries through the app and that he specifically targeted the women dealing with mental health issues. The man also spoke about how once he started conversing with these women , he would soon transfer the conversation to WhatsApp. He also admitted that he used to lure these women for $200-$300 as financial aid every month if she would send him her nude pictures and videos. And then he would start blackmailing these women for more pictures and videos.

The 21-year-old man also admitted to talking to over 15 South Asian women and successfully got the nude pictures of three of these women.

Upon further investigation, the police found out that the man, who asked for nude pictures of women had distanced himself from society and stayed enclosed in his room with his mobile phone for days on end. In fact, he would only step out of his room once or twice a month. When speaking to the man’s father, the father revealed that he hasn’t spoken to his son in the last six years and his mother only sees him when she leaves the food in his room. The father also revealed that the man would bathe only once a year and that was on his birthday.

It is sad and disturbing to know that a platform that provides a safe space for people dealing with mental health issues is being used for such obscene crime. Using someone’s vulnerabilities is the lowest form of attack. It makes me sick to even imagine the kind of trauma the women who were blackmailed for their nude pictures and images must have gone through.