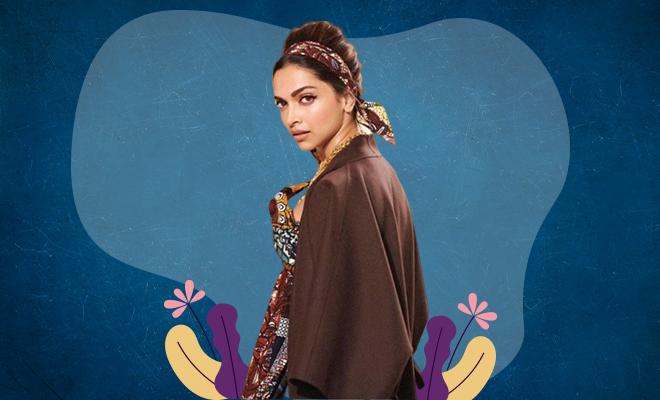 For decades, mental illness was terribly stigmatised. People who battled any form of a mental illness preferred to suffer in silence afraid of being declared crazy or stupid, or seen as an anomaly. But that isn’t the case anymore, thankfully. We have evolved and learned, or are at least heading that way where we are treating mental illnesses like physical illnesses, that they can happen to anyone and contrary to popular opinion, there need not be a specific reason for it either.

There has been a lot of talk around depression, people are becoming more sensitive but it’s not nearly enough. This is a conversation that cannot die down. And despite all it’s cult-ish behaviour, Bollywood has played a key role in making this a mainstream conversation. Especially one celebrity, who back in 2015, without thinking of how it would affect her own career felt that she needs to share her silent battle with the world so others do not have to run and hide from it. That celebrity was Deepika Padukone!

She spoke about her battle with such honesty and bravery. Yes, it was very brave of her because in 2015 we still lived in a world where you would be termed “crazy” if someone knew you were seeing a shrink. We have learned so much from her struggle and now we are about to learn some more.

Writing in a blog in the New York Times, Deepika dished out some of her most painful memories from the time she was combatting clinical depression. She wrote that the kindest act she had done for herself was accepting her condition, we just hope after reading this the people suffering from this illness can do the same for themselves.

Deepika said that her mother was the only one who read the symptoms correctly and advised she seek professional help after she broke down in front of her parents. She said “For the duration of their stay I put on a brave face. But as they packed their bags before heading to the airport, I broke down in tears. My mother looked at me and asked, ‘What’s wrong?’ But I had no answer. She asked me if I was having issues at work. She asked if my partner and I were doing O.K. All I could do was shake my head. After taking a moment to herself, she said, ‘Deepika, I think you need professional help.’”

The thing about her blog post that jumped out at me was when she admitted than on paper her life was seemingly perfect. She was in a great place in both her professional and personal life and yet, she struggled to get out of bed each morning. She says, “On paper, that should have been a great period in my life — I had just starred in four of my most memorable movies, my family was extremely supportive, and I was dating the man who would later become my husband. I had no reason to feel the way I did. But I did.”

I think this is one factor about depression that people still don’t fully grasp. There is no reason for it there is no one situation that leads to depression. As Deepika said, your life might be perfect in every way imaginable but when you are grappling with a mental illness, all of this seems secondary. Contrary to what you might’ve heard, it is not that uncommon.

Also Read: Chhappaak’s Director Says Deepika Padukone Will Be a Revelation In The Movie. We Hope So Too

Deepika didn’t just talk about her own experience, she went one step further and founded the Live, Love Laugh Foundation. She said the main goal of the foundation is to reduce the stigma attached to mental illness in the country. Live Love Laugh has run public health campaigns, started school programs, conducted studies, partnered with doctors and launched a mental health care project devoted to rural parts of the country.

Talking about her foundation, Deepika said “Our main goal is to remind people that they have a chance for a better life. That is why we named the foundation “Live Love Laugh” — it’s about what a person feels as much as it is about the medical aspect of treating their illness. We are committed to giving hope to those affected by mental illness, and a big part of that consists of teaching people to be kinder to themselves.”

Kudos Deepika, you are really making a difference!