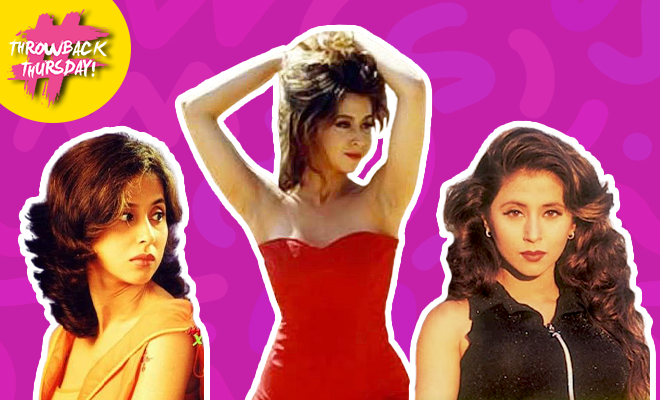 Urmila Matondkar’s Hindi cinema debut was back in 1991 with Narasimha, pretty much the year when I was born. The 90s were a whole different era, a time we look back at with feelings of nostalgia and fondness. So when Kangana Ranaut, during one of her many fits, called Urmila Matondkar a “soft porn” actress with no real acting talent, she had no idea what she was messing with. We grew up watching this incredible actress’ movies and ideally, so should have Ranaut. And the nation with a majority of the population consisting of people in our age group wasn’t going to take it lightly. Urmila has time and again exhibited her caliber as an actor with her wide emotional range and choice of movies that were way ahead of their time. Much before Kangana even debuted and tried to establish herself as an actress who can do meaty roles, Urmila had been there, done that, and excelled at it.

So today, as Matondkar celebrates her 47th birthday, I couldn’t help but think about how she has been a woman to challenge the kind of roles actresses received in the 90s. She wasn’t one to stick to a flatline image with sanskaars being the only highlight of her character. Through her characters, she manifested the need to do away with gender stereotypes and bias. What? Women are supposed to support the men in their careers? No, women are building their own careers, else Rangeela wouldn’t have happened.

Urmila Matondkar exhibited a real, raw side of femininity—unapologetic sensuality, courage, ambition, dilemmas, and poise. Women are not goddesses who make no mistakes, have no sexual desires, and are self-sacrificing. She challenged the definition our society has been trying to attach to a woman because that’s far from being accurate. We have shades—black, whites, greys, and a whole bunch of other unicorn colours that make us who we are.

Here are some films where Urmila Matondkar showed her caliber as an actor, establishing herself as a non-conformist woman who gives two hoots about gender bias.

After Narasimha, Urmila’s career suffered a minor setback. But then Rangeela happened and she had an entire nation dancing to her tunes. Her sartorial choices in the film would be spoken about for years to come, as she portrayed the role of an aspiring actress, driven by undying ambition and perseverance. In this film, when other A-list actresses were busy dancing to shaadi songs, Urmila let her hair down as she embraced her sensuality for the world to see.

From playing a poised woman in Rangeela, Urmila Matondkar could go to portraying the role of a naïve and warm girl who falls in love with a gangster in this crime drama. Her character’s choices may not have been ideal but one cannot discredit her for the warmth and relief she brought to the screen. Also, with this, she proved her versatile acting skills.

It takes guts to choose to play the role of “the other woman” in a society that is judgemental at best. Again, her character’s journey from being a spoilt brat, commercialising love to her being the bigger person was one full of life lessons.

Bollywood rarely gets the genre of horror right and Urmila Matondkar was there to shape it when the rare phenomenon occurred. The panic, emotions, and demonstrating a phase of believable possession—she proved that acting comes as naturally as breathing to her.

The difference between a crazy male lover and female lover is that the former is shown as the hero and the latter as the psycho. In reality, both could use some help in terms of mental health. Urmila Matondkar’s wide range of emotions in the movie—obsession, madness, breakdown, defeat—made her the antagonist that actually carried a film to success.

Apart from these, there are several other films that achieved her critical acclaim including Pinjar, Kaun, Ek Hasina Thi, Maine Gandhi Ko Nahin Maara and Tehzeeb. Kangana, are you reading this?