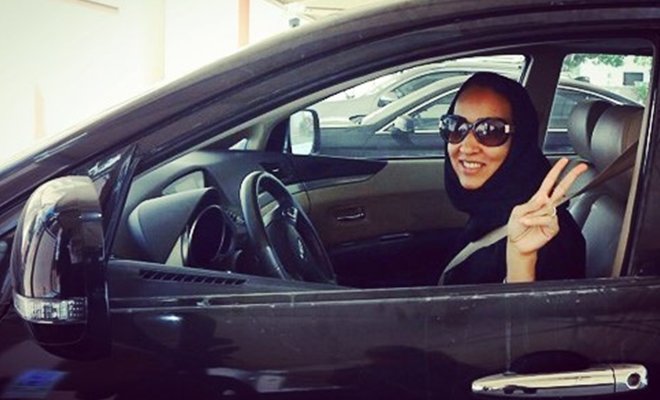 Saudi Women Driving Is A Win For All Of Us!

In a big win for the feminist movement, King Salman bin Abdul-Aziz Al Saud announced that Saudi Arabia is lifting its ban on women driving.

Saudi Arabia was the only nation in the world to prohibit women from driving. So, this bold move literally means that every adult woman in the world will have the Right to Drive, come June 2018!

Saudi women will no longer need to hire drivers or require their male family members to get them to work. They will be able to get their driver’s license without the permission of their husbands, fathers or any male guardian.

Women activists, from the middle east as well as all over the world are rejoicing at this very moment. Many of these women, who were arrested and jailed, fired from work and publicly shamed for protesting the ban over the years, consider it a personal victory!

Let’s all celebrate this as a major milestone for women everywhere.

Managing Editor at Hauterfly, Liz is your quintessential web junkie! Seriously obsessed with 'shopping deals', she can never get enough of jackets, great shoes and lots and lots of bling!