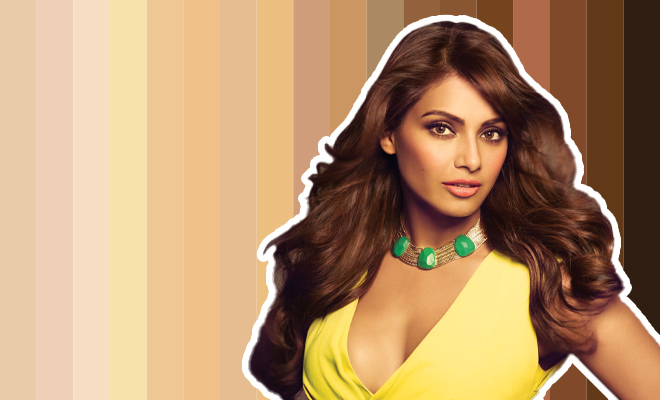 Bipasha Basu Talks About Her Skin Colour Being The First Thing Everyone Noticed. Why Do We Describe People By Their Colour?

If you had to describe a friend with dark skin to someone, how would you do it? Would “dusky” be one of the first adjectives you use? Or would you start with their qualifications and other attributes first? It’s important because we as society defines a person by their skin colour. I mean, it’s almost like judging the book by its cover but way more offensive. If I had a penny for every time someone gave me a skin whitening tip, I’d be on the Forbes list. It’s time to change the conversation.

You see, this is something that has been on everyone’s minds for a very long time. But, the BLM movement has given us an excellent segue into the conversation and we are actually seeing changes happen. For instance, fairness creams have been criticised for so many years now but it is only recently that Hindustan Unilever announced that they would be removing the word “fair” from their “fair and lovely” products. Now, if you ask me, someone who has experienced colourism firsthand, the punishment does not fit the crime. But hey, I figure some mobility in the right direction is better than remaining standstill, right?

It’s not easy being a dusky person in India. Which is ironic considering most of the population has brown-coloured skin. You are bullied, looked down upon and considered second to all your fair-skinned counterparts. Which is why I am so glad that now people are opening up more about their stories and those stories are not only being heard but taken into consideration.

Now, the reason I am talking about this (not that I need a reason) is that Bipasha Basu wrote a very strong-worded note about being defined by her skin-colour.

Taking to Instagram right after HUL rebranded their fairness products she wrote, “From the time I was growing up I heard this always,”Bonnie is darker than Soni.She is little dusky na?“Even though my mother is a dusky beauty and I look a lot like her.I never knew why that would be a discussion by distant relatives when I was a kid. Soon at 15/ 16 I started modelling and then I won the supermodel contest … all newspapers read … dusky girl from Kolkata is the winner.I wondered again why Dusky is my first adjective ???”

I am not sure if you remember but when Bipasha started out in the industry, people would always describe her as the dark-skinned yet beautiful actress. There is nothing wrong with that except mentioning her skin-colour is completely irrelevant. But, it’s important because how else will people know that it’s not only the Aishwarya Rai’s of the world that can be deemed beautiful *rolls eyes*.

Talking about her time in the film industry Bipasha says in her note, “Once I came back into India and film offers started… and finally I did my first film and from an absolute Ajnabee to Hindi film industry …I suddenly was accepted and loved. But the adjective stayed which I started liking and loving by then. DUSKY girl wows the audiences in her debut film.”

She further added. “In most of my articles for all the work I did, my duskiness seemed to be the main discussion.. it attributed to my sex appeal apparently. And sexy in Bollywood started getting accepted widely.I never really understood this… To me sexy is the personality not just the colour of your skin…why my skin colour only sets me apart from the conventional actresses at that time. But that’s the way it was.I didn’t really see much of difference but I guess people did. There was a strong mindset of Beauty and how an actress should look and behave. I was DIFFERENT as it was pointed out.”

Do you know why I love that she wrote all this? Because she is super candid. She says she was treated differently because of her skin colour because it is true. All people of colour are treated differently because beauty standards demand that. But Bipasha rose above all that and proved that she is so much more than merely the colour of her skin and that is why I love her.

She concludes on a very strong note. Talking about how deep-rooted our stigma is she says, “All this needs to stop. This wrong dream that we are selling … that only fair is lovely and beautiful when the majority of the country is brown-skinned. It’s a deep-rooted stigma. It’s a mammoth step from the brand… and other brands should follow in the same footsteps soon.”

Here’s the thing, being a dark-skinned woman puts her at a huge disadvantage. It’s not a secret. Fairness creams, skin-whitening treatments, friends and family telling us how different we are because we have a different skin colour is unacceptable and now, something has to be done.

Kudos to Bipasha for sharing her story!