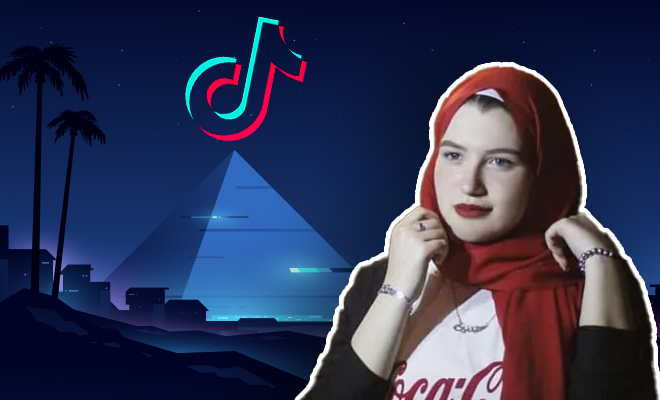 Back in 2013, after a poll was taken by some of the top gender experts of the world, it came to light that Egypt was probably one of the worst Arab countries for women and their rights. And today, almost 7 years later, with a new President in power since 2014 – Abdel Fattah al-Sisi, things have only worsened for the women, it seems. Being suppressed, arrested and left with no power to even fight for their basic rights, women in Egypt have been marginalised for the longest time.

But as we move towards a more liberal mindset, and women across countries find themselves more aware of the oppression they’re being subjected to while also feeling empowered enough to do something about it, looks like the modern day woman is ready to take on to the system, one Egyptian influencer at a time. And sometimes, the taking down of the system doesn’t have to be by coming down on the roads to protest, sometimes, it’s online. And in Egypt, the popular app Tik Tok is bringing down the walls of gender discrimination walls of Egypt.

As young women make their active accounts on the app and drop a few harmless videos, the state and authorities have already started feeling threatened by the act. We say this after reports of several young women’s arrest has been come to light ever since they uploaded Tik Tok videos on their social media, and were put behind bars under the charge of ‘spreading immorality in society’.

A TikTok star was arrested in Egypt for telling followers how to earn money by making videos. She is accused of promoting "debauchery." 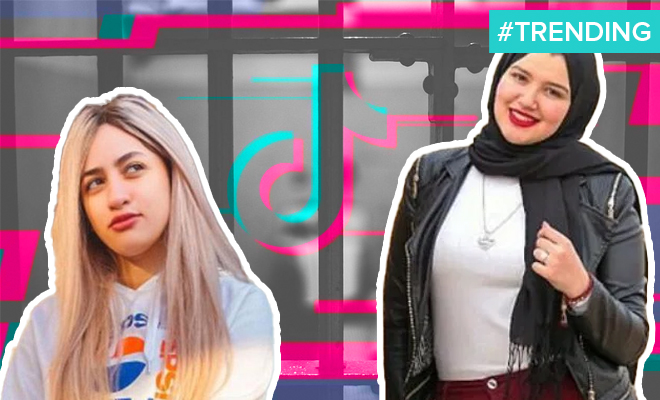 #Trending: Five Egyptian Women Who Are Social Media Influencers Were Jailed For Uploading "Indecent" Content On TikTok. Why Are The Men So Threatened?

Also Read : Model Alanna Panday Says She Was Threatened With Gang Rape By A Woman But She Ignored The Comment. It’s So Scary That We’re Immune To It

Starting with a University student named Haneen Hossam, who posted a video clip addressing her 1.3 million followers and sharing how they can earn money if they work for her. She was arrested under the charge of prostitution after she assured her followers how, “You will get to know new people and form friendships in a respectful manner … but please keep it clean, The most important thing for me is my reputation,” and promised them money based on the clicks they would receive.

This was followed by the arrest of  Mowada al-Adham in May after she put up satirical clips on Instagram and Tik Tok with over 2 million followers. She was held for “attacking the family values of Egyptian society” through their inflammatory posts. And the worst was when a 17-year-old girl, Menna Abdel-Aziz posted a video on Tik Tok, with her face battered and bruised, talking about how she got raped, and she was arrested along with the ones she accused and put into jail for “promoting debauchery”.

I wonder what @tiktok_us has to say about this? What are its policies on operating in repressive states like #Egypt? https://t.co/VqURWkwdSk

It wasn’t until a women’s rights organisation came to Menna’s rescue and demanded that she be treated as a victim and a survivor and not a criminal, that she was transferred from custody to a rehabilitation centre for female victims of abuse and violence. But the fact that the authorities will arrest any woman with a spine to speak up and put them behind bars for no good reason is not just alarming, it’s wrong.

But we are somewhere glad that the spread of technology is somewhere women are stepping up for their rights and at least trying to overturn the conservative ways. It’s a start.

Also Read : The Girl Who Shared Screenshots Of Bois Locker Room Is Still Recieving Threats And Lewd Messages, One Month Down. How Awful