Centre Records A Significant Decline In Dropout Rates Among School Girls. This Makes Us So Happy! 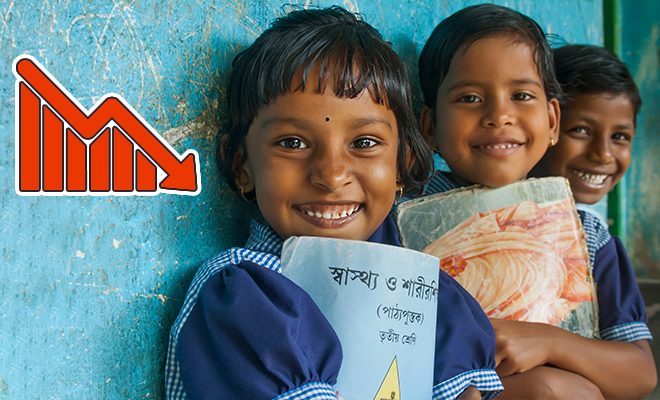 There is no denying that the government along with the NGOs and other organizations are taking measures to ensure that girls and women get their basic rights. Especially for young girls who are denied something as basic as the right to education. And these efforts that they are taking our showing. Trust me, this is not what I’m saying, rather this is what our Union Minister Annpurna Devi told the Parliament. Yep, Annpurna Devi, a member of the Lok Sabha told other members of the parliament that there has been a decline in the dropout rates among school girls. Isn’t this just the best news!?

On Monday, Union Minister Annpurna Devi addressed the other parliamentarians and informed them that there has been a significant drop in the number of school girls who are dropping out. She said that the dropout rates at a primary level fell to 1.2% (2019-2020) and at the secondary level, it fell to 18.4% (2017-2018).

Also Read: Malala Yousafzai Writes Letter To The Taliban For Resumption Of Schools For Girls

Annpurna Devi further mentioned that there were many schools that were opened in the neighbourhoods and the school students were also provided with free textbooks and uniforms for Class 7. They also are provided with separate toilets for boys and girls. She further mentioned that efforts are being taken to reduce gender gaps at all levels of school education. Speaking about the Kasturba Gandhi Balika Vidyalayas, the Union Minister said, “These schools are residential from classes 6 to 12 for girls belonging to disadvantaged groups.” So far, there are 1,05,018 schools across the country wherein 665000 girls are enrolled.

Also Read: Class 8 Dropout Nabbed For Hacking Accounts Of 400 Girls, Blackmailing Them With Their Obscene Photos For Money

Union Minister Annpurna Devi further added, “Additionally, all States and UTs [Union territories] have been requested to proactively track girls as well as transgender children, who are not enrolled in schools or have dropped out of school without completing their school education and get them admitted in age-appropriate classes in schools.”

Amidst all the negative news we hear about women and girls, this one is like coming up for a breath of fresh air. I’m so glad that things are slowly but surely changing for the better.