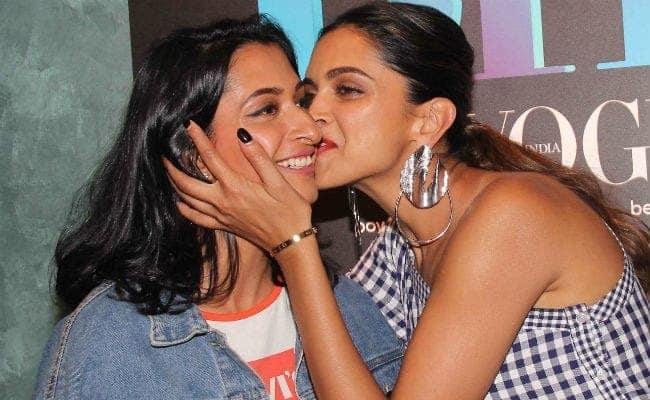 Sharing a series of pictures about the day, Anisha wrote, The kind of stuff sporting dreams are made of @poloralphlauren #wimbledon #gladiators #federer#djokovic #strawberriesandcream.” Anisha Padukone’s post also had pictures of Roger Federer and Novak Djokovic on the court, long shot of the ground and close-up pictures of the food Wimbledon is synonymous with! Deepika Padukone also shared a picture of the two and wrote, “To witness what will be remembered as one of the most iconic moments in sporting history with this bundle of joy…I really couldn’t have asked for more!❤️ Oh! & there was strawberries n cream too!??? #sisteract #wimbledon @ralphlauren”

The Chhapaak actor brought her most stylish game even to court. It was an easy going ensemble with flowing hair and minimal makeup. These women are very much sisters in that Anisha wore an outfit very similar to Deepika. Deepika was seen in a flowy cream-coloured pant suit by designer Ralph Lauren while Anisha wore a matching white ensemble. The two definitely know their fashion game and the choice of outfit seemed perfect to watch a game of tennis.

Also read: Deepika Padukone’s Response To Which Sportsperson She Would Like To Play Is The Cutest Thing Ever

On the professional front, Deepika Padukone is currently in London to shoot for Kabir Khan’s 83 where she essays the role of Kapil Dev’s wife, Romi Dev, alongside her real-life husband Ranveer Singh. Helmed by Kabir Khan the film is the story of Indian cricket team’s win in the ICC World Cup 1983.