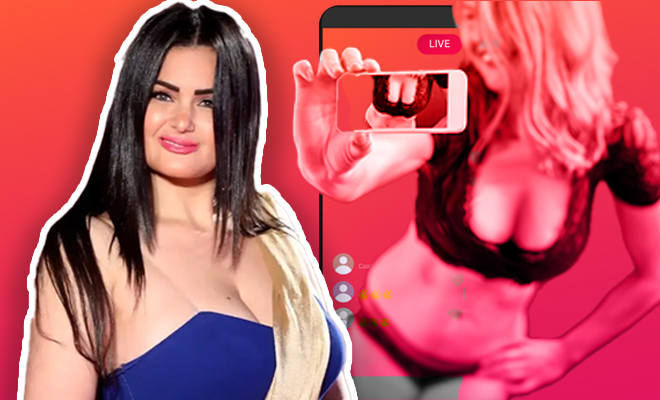 An Egyptian Belly Dancer Has Been Jailed For Three Years For Her Social Media Content. This Is Systematic Gender Oppression

For ages, women have always been blamed for everything that goes wrong in our world. Right from the time of Adam and Eve, women are looked at as temptresses born with an agenda to take men off the path of chastity. Everything that man does, is somehow a woman’s burden. Be it Virat Kohli’s missed wickets or a sexual offender’s abhorrent crime – it’s often the woman who bears the brunt of a man’s failure or crime.

Recently, an Egyptian belly dancer is being held accountable for “debauchery” and inciting harm to family values and the traditions of Egypt. And how is she doing that? If the right-wingers of Egypt are to be believed, then by uploading sexually aggressive and provocative content on her social media accounts.

Sama el-Masry, a 42-year-old popular belly dancer has been sentenced to three-year jail and a £15,000 fine for allegedly exhibiting “immorality”. In April this year, she was given detention of 15 days for her social media content which was deemed vulgar. However, she has argued that these photos and videos were uploaded without her consent from a phone that was stolen. Data theft and hacking she said, but we get it. Anything to ditch that three-year sentence being ladled out to her for mere posts.

Meanwhile the country is also pulling out some other female TikTok influencers for their content as well. The law makers want the same punishment to be given to them too. John Talaat, a member of parliament who was responsible for the arrest of Sama el-Masry said, “There is a huge difference between freedom and debauchery”. He also told the Thomson Reuters Foundation that these women were harming their culture by indulging in unlawful and immoral activities.

Now let’s see how this becomes unlawful. In 2018, the Egyptian government took full authority to monitor your social media, censor the internet, and even conduct surveillance of digital communication. Offenders can be given at least two years imprisonment years and a fine of up to 300,000 Egyptian pounds. Clearly, freedom to express online isn’t part of that scheme but moral policing will be given in abundance.

But this isn’t for men because how can unfair practices be for that gender, which has long been the one to be exercising all the control through strategic oppression of women. Entessar el-Saeed, a women rights lawyer and head of the Cairo Center for Development and Law, who said that this law has been targeting women. It is currently, the country’s new trick to curb women’s voices and freedom.

ALSO READ: Women In Switzerland Screamed For A Whole Minute To Protest Against The Pay Gap And Domestic Abuse. Will They Be Heard?

The full potential of technology is not being exploited because the country is living in the Flintstones era. “Our conservative society is struggling with technological changes, which have created a completely different environment and mindsets,” Entessar el-Saeed told the Thomson Reuters Foundation. Or maybe they realise that being on the web will help women connect with the rest of the world and be exposed to societies not as prejudiced as theirs. Maybe the women will find a space to be themselves, to be free. Of course, a culture that boasts of bigotry and patriarchal practices would never want that.

ALSO READ:Two Parkour Athletes From Iran Get Arrested For Posting A Picture Of Them Kissing On A Rooftop. Is That Really A Crime?