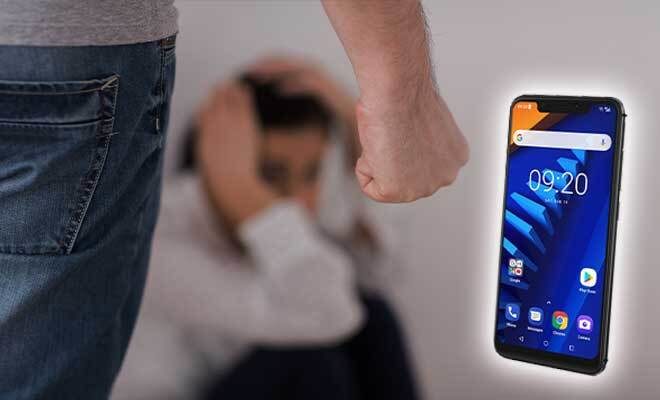 Ahmedabad Woman Gets Beaten And Dumped At Parents’ Home By Husband For Using Her Cellphone. WTF?

I feel like every day when I look at trending topics to talk and educate myself about, there is always news talking about crimes against women. There never goes a day when a woman isn’t abused, raped, murdered etc. and as grim as this sounds, it is true. In my opinion, there is nothing that justifies domestic abuse in the first place. But some reasons are so ridiculous that I cannot help but think, “What’s with the entitlement?!” News I read this morning made me feel something similar to that effect as a woman from Ahmedabad was beaten up and dumped at her parents’ home for using her cellphone in her husband’s absence.

A woman from Ahmedabad’s Paldi locality was thrashed and left by her husband after she disobeyed his ‘no cellphone’ rule. Yep, you read that right. The woman complained of the same to the Vasna police and said that she has been married to her husband for 20 years. Her husband’s behaviour towards her had been reportedly decent for the past 20 years. However, he had started picking fights with her over trivial and insignificant things over the past year or so, according to reports.

Last year in January, he made a rule that the Ahmedabad woman is not allowed to use her cellphone in his absence. When he caught her disobeying him, he beat her up and then abandoned her at her parents’ home. The woman (who is the mother of 2 daughters) also accused him of beating her with a belt in her parents’ home too! I don’t even know what to say to this. The Ahmedabad woman endured this behaviour for at least 1 year before she decided to finally put in a complaint, according to sources.

Considering that reports have suggested that there was a 131% increase in domestic violence cases after the lockdown, this situation is not just limited to this Ahmedabad woman. Countless have endured and fallen prey to their partners’ frustrations and anger brought on by Covid which (in most cases) the woman has had to silently endure. And the sad part is, most don’t even intervene, dubbing it to be a private affair when it simply is not.