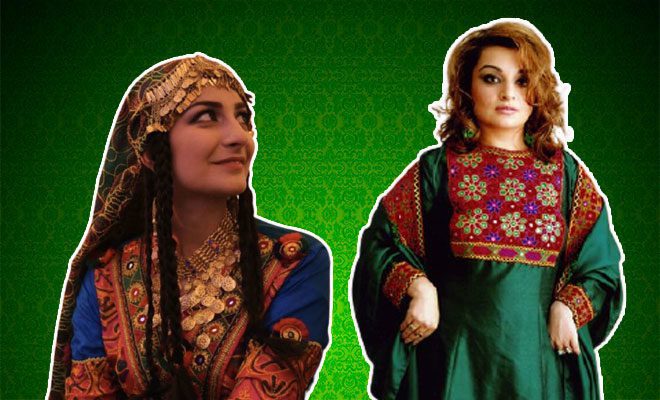 Common sense dictates that what a person should wear should be their own choice. And yet, the patriarchal society that we live in tries to dictate what is appropriate for a woman to wear, especially in public, since the very beginning. And this is true for countries across the world. Take the recent example of Afghanistan. With the Taliban coming to power, the majority of their laws/orders revolve around dictating what women can do, wear, etc. Their recent order that dictates Afghan women to wear a burqa has received a lot of backlash from Afghan women, who have chosen to protest against it by wearing their traditional clothes and showing them that the burqa is not a part of their Afghan culture.

The Taliban released an order that clearly dictates that all Afghan women should wear a burqa. But the Afghan women are not having any of it. As a form of protest, they are wearing their traditional clothes to send a message to the Taliban.

By dressing up in their traditional attire and posting pictures of it on social media with the #AfghanistanCulture, these women are sending a message to the Taliban and the whole world that the Afghan culture doesn’t consist of wearing a burqa. Through their pictures, they are expressing their own freedom to wear what they want and show what real Afghan culture looks like.

This is Afghan culture. I am wearing a traditional Afghan dress. #AfghanistanCulture pic.twitter.com/DrRzgyXPvm

Also Read: The Taliban Bans Sports For Afghan Women Because They Think It Exposes Women’s Bodies

The first tweet was posted by Dr. Bahar Jalali, who put up a picture in traditional attire and captioned it, “This is Afghan culture. I am wearing a traditional Afghan dress.” Her tweet went viral, to say the least, and started a movement of sorts among the women of Afghanistan.

Me wearing traditional Afghan attire in Kabul. This is Afghan culture and this is how Afghan women dress. @RoxanaBahar1 pic.twitter.com/fUZSqy4rRK

Even Waslat Hasrat-Nazimi who is the head of Afghan service at DW News, joined the movement. She took to Twitter to tweet a picture of herself in traditional Afghan clothes and captioned it, “Me wearing traditional Afghan attire in Kabul. This is Afghan culture and this is how Afghan women dress.” And soon enough many women from Afghanistan joined in.

So how do Afghan women dress then? They ask.

This is how. If I was in Afghanistan then I would have the scarf on my head. This is as “conservative” and “traditional” as I/you can get. https://t.co/4fjoSUuJZY pic.twitter.com/VkQLQoBXDy

This is our Afghan authentic dress. Afghan women wear such colorful and modest attires. The black burqa never has been part of the Afghan culture. #FreeAfghanistan🇦🇫 pic.twitter.com/v9LIbcvklG

It honestly is so inspiring to see women taking control of their own freedom and not succumbing to the dictates of the Taliban. These women all decked up in traditional wear are protesting against a stereotype that has no truth. They are showing the Taliban and the world what their Afghan culture truly comprises and it is beautiful, to say the least.