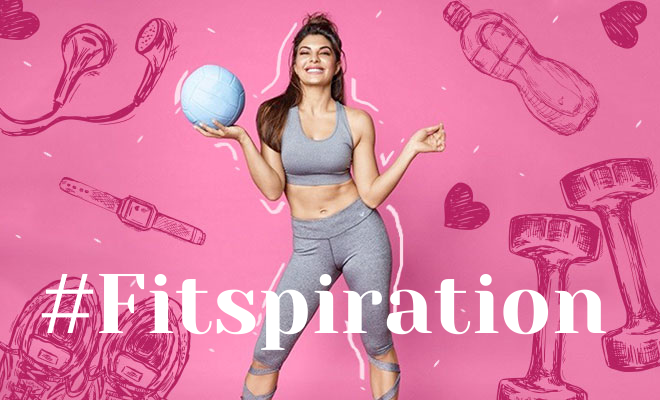 A Study Says Seeing #Fitspiration Images On Instagram Makes Women Feel Worse About Their Bodies. So, It’s Not Really Inspiration

There are times Instagram can make you feel like your worst self. Of course, the memes and the inspirational quotes are amazing but then you stumble upon an old friend’s story of her partying in Amsterdam, shopping in Paris or getting proposed on the beach under the moonlight and you just want to throw your phone out the window. Okay, I can feel you judging me through the screen but don’t because I am sure even you know, deep down there are times when Instagram really makes you feel like you aren’t doing enough in life.

Do you know what’s the worst thing to scroll through on Instagram? No, not paparazzi photos, fitness videos, and weight loss posts. I mean, what is even the point of those? Who the hell opens Instagram to see people with perfect bodies working out in the gym? It does not motivate me all it does is reminds me that I missed my jog that morning for the 100th time in a row. It is not that I am massively unhealthy, but it makes me feel bad when I watch other people doing a thousand squats when I can’t even get out of bed on the weekends. Also, please take down that picture of you eating a green salad, it is coming in the way of me gorging on my doughnut. Okay? Thanks.

I have felt like this ever since #Fitspiration became this huge trend overnight and the best part is that I am not the only one who feels like so strongly about this. As it turns out, it is a global issue and for some reason that makes me feel relieved.

Also Read: Shilpa Shetty Debunks 7 Fitness Myths. Read Because She Knows! Have You Seen How Fit She Is

Researchers at the Flinders University in Australia conducted an experiment that studied whether the #Fitspiration trend has the desired effect, which is motivation, on people. The conclusion, which came as no surprise, is that it does not. In fact, it has the absolute opposite effect on women.

The study that involved 100 women between the ages of 17-25 showed that viewing fitness images on social media led to an increased negative body image. Basically, women feel guilty and terrible about their bodies after looking at images and videos of other women who have perfect bodies working out. It sucks, I know but it’s so true.

The study also found that these images and videos had zero effect on the viewer’s actual workout behaviour. “When considering actual exercise behaviour, there appears to be no beneficial effect,” said Ivanka Prichard from Flinders University. She further added, “Despite their positive intentions and popularity, #fitspiration images are yet another way to make women feel worse about themselves and their bodies.”

Also Read: Gul Panag Wearing A Dress From 18 Years Ago Is Giving Us Major Fitness Goals

The study also talks about how this trend has perpetuated an unrealistic body standard. The reason for that is, social media has the most impact on a young woman’s image of her own body. I mean, watching an extremely thin woman doing CrossFit so effortlessly does not motivate me. All it does is makes me feel like a sucker for having flab on my tummy and no thigh gap. Comparing myself (someone who doesn’t work out at all) to a near-perfect woman on my screen, who has probably worked her ass off for years to get that body does not evoke even the tiniest bit of encouragement or self-love in me. That is why I relate to this study as much as I do, and I am so sure you do too.

The fitspiration movement has really made a lot of women feel very badly about themselves. We need content on social media that is actually going to motivate us to take care of ourselves better not the opposite.