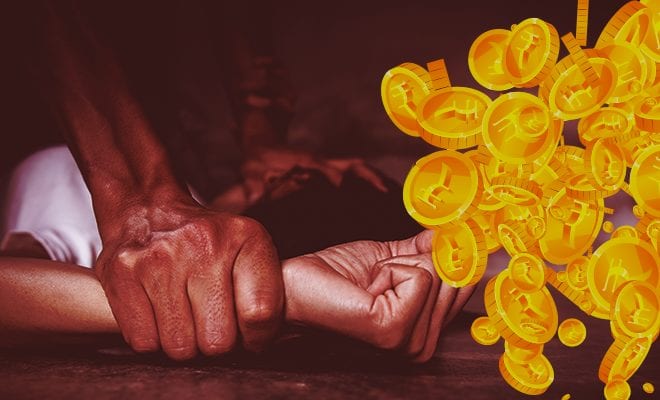 A Group Of 4 Men Abducted A 60-Year-Old Woman, Gang Raped Her And Rubbed Chilli Powder On Her Private Parts

According to our culture, we must show the utmost respect to all those who are older than us. We’re taught to respect all elderly people from a young age. Touching their feet, serving them food, always giving up a seat for them. These are the values that have been instilled in us. And it’s because of these values that when I read about any crimes that happen against the elderly, it’s deeply disturbing. For instance, recently, in UP 4 men abducted and gang-raped a 60-year-old woman. If this isn’t horrid enough, they also rubbed chilli powder on her private parts.

This shocking incident took place in Kabrai village in Mahoba district of Uttar Pradesh on Saturday. The 4 men allegedly abducted a 60-year-old woman, gang-raped her and rubbed chilli powder on her private parts. The accused then tied her up and dumped her in the bushes. All this over a land dispute. How monstrous can people get?

The accused abducted the 60-year-old woman when she was asleep. Reportedly, they took her to a deserted area, tied her up and gang-raped her. Then they applied the chilli powder, threatened the woman against telling anyone and fled the crime scene. The woman was found in an unconscious state in the fields. Her family was informed and they immediately rushed her to the hospital.

In yet another gruesome incident reported from #UttarPradesh, a group of 4 men allegedly abducted a 60-year-old woman, gangraped her and put chilli power in her private parts & dumped her in bushes, all over a land dispute.https://t.co/nyFcnU1bCP

Also Read: This Woman Was Gang Raped While On A Pilgrimage With Her Husband In Tamil Nadu. The Accused Inserted Beer Bottles Into Her Private Parts.

In her statement to the police, the woman accused her two neighbours, Sewa Lal and Bharat Kushwaha, of committing the crime. She said that the two men had been forcing her to give up her house and her land. The two had also assaulted her before they abducted and gang-raped her. The police said, “In her statement, the rape survivor said the perpetrators rubbed a burning substance like chilli in her private parts after the sexual assault. Medical examination of the woman has been done and a medical report is awaited.”

This is just disturbing. How can people be so cruel? I would say that UP needs a stronger defence system for women but it is just going to fall on deaf ears. Let’s hope these men are caught and punished.