A Four-Year-Old Girl Was Smothered To Death By Her Father Because He Wanted A Son. We Are Clearly Retrogressing 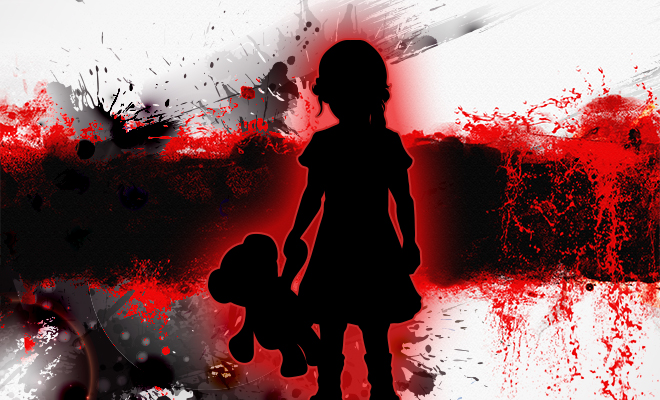 It’s a shame that even in 2020, we are still dealing with issues like female foeticide and infanticide. In our comfortable urban culture where we experience a different kind of gender inequality, we can’t even imagine that a daughter gets smothered to death by her own family. From genital mutilation to femicides, the repercussions of being a woman in India are far worse than what comes to our mind when we think about gender equality. We think it’s about losing that promotion to a guy or being expected to cook. Yes, those issues are part of a bigger problem but as you go into the interiors of India, you will find that your gender can actually be life-threatening.

Even from what we experience, India seems light-years behind in bridging that gap of gender equality. So when we uncover these incidents that happen in smaller towns and villages in our country, it feels like we may have overestimated our progress.

Recently, a spine-chilling case of female infanticide took place in Solavandan Panchayat town of Madurai district. A four-year-old girl was killed by her father, Thavamani, and grandmother, Pandiammal because they were unhappy since she was the fourth daughter in the family. The father desperately wanted a son and when that didn’t happen, he planned the child’s murder when the infant’s mother Chitra was away.

First, they gave her a herbal poisonous juice which is usually used for female infanticide in Tamil Nadu, as revealed by S Vanita, Additional Superintendent of Police (Crime Against Women and Children.) When the little girl didn’t die after consuming it, they smothered her to death. They then took her body and buried near the Vaigai river.

After the Village Administrative Officer got suspicious and lodged a complaint with the police, the crime came to light. Initially, they claimed that the child passed away in her sleep and that they had even called an ambulance for her. However, the autopsy results showed that their claims were false. After interrogation, the mother-son duo revealed the truth about their heinous crime. They have now been booked under IPC sections 302 and 201 and apparently more sections related to female infanticide will be added to it. The mother is not involved in this crime.

It is sickening that people consider being a girl such a big crime that they don’t think twice before murdering their babies. This is the second case of female infanticide reported in Madurai in the last three months. Professor Andrew Sesuraj, Convenor of Tamil Nadu Child Rights Watch told Times Now, “Madurai used to be the hub of these crimes in the 80s and 90s, especially places like Usilampatti. Several groups and NGOs worked for years to improve the situation. Though one cannot say the practice was completely eradicated, there was a significant decline in the number of such cases. However, we are again seeing an upward trend. When they release the sex ratio of Tamil Nadu in the 2021 census, a bomb will explode. Such is the prevalence of female foeticide and infanticide in the state now.”

While there are several schemes that enable parents to put their girl child up for adoption, this doesn’t change the mentality of people in our country. It just makes it easy for these couples to just dispose of their baby if it turns out to be a girl. I mean, yes, these schemes exist so that these young girls don’t get murdered. But still many couples kill the child instead of giving her up for adoption. Wanting to give a girl child up is sick enough, but killing her is just the lowest it can get. We cannot progress as a country until the rural areas are progressing too.

ALSO READ: This Guru Is Preaching People To Have Sex On Even Days To Conceive A Son. This When India Is Knee-Deep In Female Foeticide