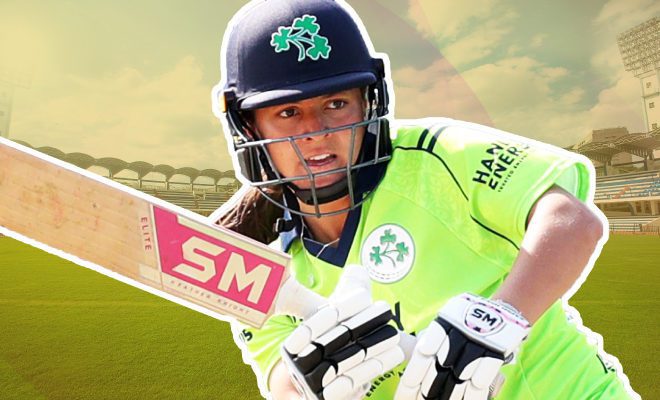 Women all over the world are breaking old records and making new ones with every passing day. Remember the time when Indian cricketer Mithali Raj at just 16 years old became the world’s youngest international centurion in cricket? Yep, it was such a proud moment for the entire country. And now, Ireland’s 16-year-old woman cricketer Amy Hunter has overtaken Mithali Rajafter she scored a century on her 16th birthday on Monday. What a game it was!

On Monday, Ireland’s Amy Hunter celebrated her 16th birthday by scoring an unbeaten 121 off 127 balls and overtook Indian cricketer Mithali Raj to become the world’s youngest international centurion. Amy Hunter was playing the fourth women’s ODI against Zimbabwe at the Harare Sports Club when she created this historic record.

What is even more amazing, is the fact that Amy Hunter became the youngest batter, male or female, to have scored an ODI century at such a young age. As per Hindustan Times, Mithali Raj is now the second-youngest international centurion as she was 205 days older than Amy when she scored 114 runs against Ireland in her ODI debut that took place 22 years ago. And in the male cricketers, the record is held by Pakistani cricketer Shahid Afridi who scored 102 against Sri Lanka in 1996 when he was 16 years and 217 days old.

Also Read: Mithali Raj Said COVID-19 Has Set Women’s Cricket In India Back By Few Years. Women In Sports Should Get Equal Opportunities

It was Amy Hunter’s century that included eight fours that led to a total score of 312/3 in 50 overs that pushed Ireland over the edge. When asked about how she felt about becoming the world’s youngest international centurion, she said, “I was very excited to go out there and reach the 50. I was pumped up with captain Laura Delany in the middle. I was nervous on the way to the half-century. I just wanted to sit and realize my 50. I did not know whether to keep wearing my helmet or take it out when I reached the 100. Runs came quick and easy after scoring 50. The team and the captain have always backed my skills. It was great to score on my birthday.”

Her game was filled with so much grace and poise. In all honesty, watching women like Mithali Raj and Amy Hunter breaking records and creating history in sports is truly inspiring. They have achieved so much at such a young age that I can say with confidence that they have a bright future ahead.