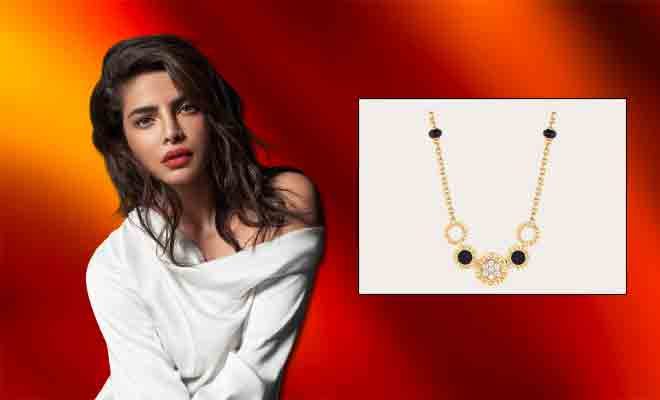 The Bvlgari Mangalsutra Worn By Priyanka Chopra Has A Price Tag That Could Take A Chunk Out Of Your Wedding Budget!

When our parents and grandparents’ generations got married, many of them didn’t even get a say in picking their spouse, forget picking their wedding outfit or the one piece of jewellery they’d be wearing for the rest of their life as a marker of their marital status. The times have changed now. Today, even before the details of the wedding are finalised, brides start prepping for their bridal trousseau. Another thing that has undergone a massive transformation is the mangalsutra or thaali. Which was a typical, much chunkier necklace when our moms or grandmoms wore it. But now, brides spend considerable time, money and thought on choosing a piece that feels timeless, elegant and can go with both traditional and modern outfits. Many designer brands have been coming up with their own styles. And recently, Priyanka Chopra Jonas collaborated with Bvlgari to create one as well.

Priyanka is a global ambassador for Bvlgari, the Italian luxury fashion brand. On her recent cover for Vogue India, the actor wore a delicate gold and diamond mangalsutra, which she revealed, was something she had designed in collaboration with Bvlgari and would soon be launched.

Well, Bvlgari has finally dropped the mangalsutra on its website, which describes it as made of 18 karat yellow gold and “set with round black onyx inserts and pavé diamonds”. It looks perfectly dainty and stylish, and as Priyanka Chopra had described it, matches with the tastes of the modern Indian woman. So I guess you can go buy it now? But price tag toh sunn ke jaao! 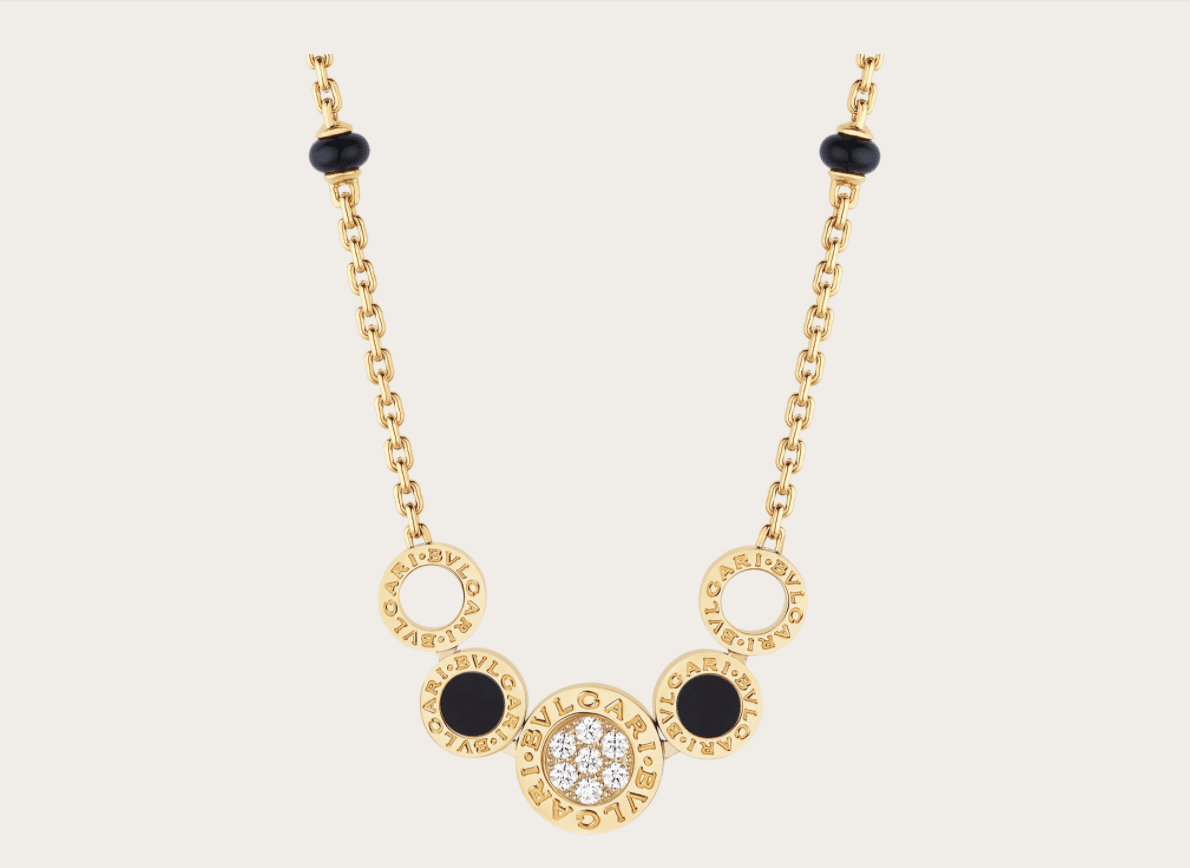 The Bvlgari Mangalsutra is priced at a whopping INR 3, 49,000. Now of course, anyone who shops at brands like Bvlgari won’t have much in the way of being able to afford this piece. But if you’re a soon-to-be bride who is planning a wedding on a budget, or are already spending a bomb on a designer lehenga or wedding photographer, and wondering if you could snag this one piece of candy for your special day, the price tag might take a sizeable chunk out of your wedding budget!

Priyanka promoting the mangalsutra has received mixed reactions for people, with some thinking it is still a feminist choice if women ‘choose’ to wear a mangalsutra. Some thought it completely okay that PeeCee being an Indian woman, wanted to bring in some of her culture into her work with Bvlgari. But there are also those who have spoken up against the ‘choice feminism’ argument, that though gives woman a choice to do something or not do something, it ends up overlooking that the choice in itself is a product of privilege that not every other woman has. And by that, the mangalsutra still, in its origin, remains a symbol of patriarchal oppression that sought to make only women wear visual markers of marriage.