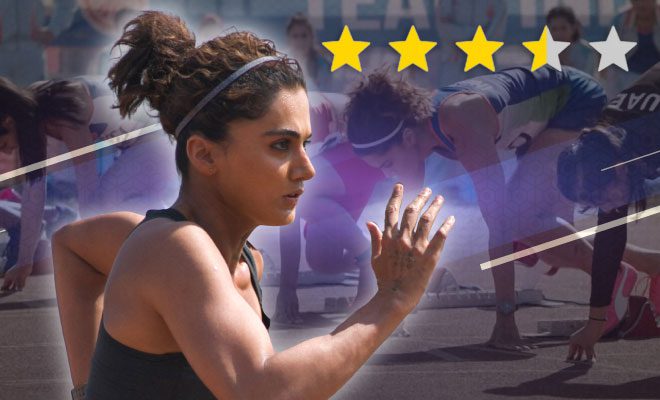 If there were betting odds involved in this race, I wouldn’t think twice about betting on Taapsee Pannu, the actor. As far as I remember, she has always delivered, and her films might not always qualify in the critics test, but she’s a winner every time with her performance. For Rashmi Rocket too, we’ve seen her undergo quite the transformation to play the part of an athlete. But this film isn’t just a sports drama. It’s a courtroom drama too, and it sprints for justice against the humiliating and dehumanising gender tests that female athletes have to undergo in sporting events. Rashmi Rocket is directed by actor-writer-filmmaker Akarsh Khurana (Yeh Meri Family, Karwaan, Mismatched), and also stars Priyanshu Painyuli, Abhishek Banerjee, Supriya Pathak, Manoj Joshi, Varun Badola, and Shweta Tripathi Sharma in a cameo.

If you’ve seen the trailer for Rashmi Rocket, you pretty much know what the film is about. Rashmi Vira, a girl from Kutchh, Gujarat, has been raised by her father without the usual gender differentiating that’s common in our country. She runs fast, hence gets nicknamed ‘Rocket’. She meets an army man who helps her overcome her personal inhibitions about going pro, and soon enough, Rashmi becomes a national-level player, making her mother, her family and village proud. However, when she is forced to undergo gender testing, it is discovered that she has more testosterone in her body than a female should have, and therefore, she gets banned from national and international competitions. A lawyer enters, offering to fight her case, and thus begins Rashmi’s fight to seek justice, not just for herself but for several other female athletes who have had their lives and careers ruined because of this archaic regulation.

Also Read: 5 Thoughts We Had About Rashmi Rocket Trailer: Taapsee’s Sports Drama Goes Up Against Gender Tests For Female Athletes

To begin my review with a bad joke, despite having ‘rush’ in her name (Rash-mi, geddit? Sorry.) the film begins rather languidly, taking ample time to setup Rashmi’s personal life before it relay the baton to her professional life, where all the action is supposed to happen. There’s plenty of “chhora aur chhori mein farak kya hai?” to go around, and there’s even a woman empowerment moment, spearheaded by Supriya Pathak’s Bhanuben, where the women of Rashmi’s village make it clear that they won’t take domestic abuse lying down. It’s a very utopian village, if you ask me, and while I know this is fiction, I’d love to know if there really is a village that is so forward in its thinking. It should be the centrepoint of Gujarat tourism, instead of the Rann of Kutchh, IMHO.

Priyanshu Painyuli arrives on the scene, and my heart just goes all mush, because he makes for a very handsome army man. I am not a runner, but if he requested me with that sweet smile of his, damn, I’d run a marathon! Painyuli plays his part with restrained perfection, and while I won’t say there were firecrackers and rockets bursting in his chemistry with Taapsee, there was definitely a nice banter going between the two, and it was super sweet. Although, we could’ve skipped that one song where Rashmi is made to dance, dressed in chaniya choli, because, like, why? We’re not the ones who need convincing that she is a woman so….

In the middle, we get some typical sports drama rivalries and training montages. And luckily some of it is quite  subversive of the tropes we know all too well. But, in all honesty, though, everything pre Abhishek Banerjee feels pheeka in comparison to me. I am not saying we don’t need it, of course we do, to lay the groundwork. But Banerjee’s lawyer, Ishit, is the most entertaining thing about Rashmi Rocket. His nerdy demeanour, constantly shifting between confidence and nervousness, and his somewhat sardonic humour really do bring that much needed zing to this film, which took quite some time to takeoff. With him the film makes the shift into a courtroom drama, and brings some familiar faces from TV into action, from Zafar Karachiwala to Varun Badola. Supriya Pilgaonkar as the presiding judge, busting the dramatics of Banerjee’s Ishit and reminding him to stay on point and how real courts function is quite funny and much needed.

It is also at this point in the film that we finally address the hero theme—gender tests and how they’re the dinosaur of the sports rulebook that need to go extinct. The film simplifies the issue to a great extent, enough to give every type of audience a preliminary idea of why this is problematic. However, what I think seems to be lacking is a little more… science.

The star astronaut of this mission is Taapsee Pannu, all the way. That lean mean physique that she has built to play an athlete is on ample flex here, and I love it. She looks like an athlete in every sense of the way, and plays the part per her usual style. 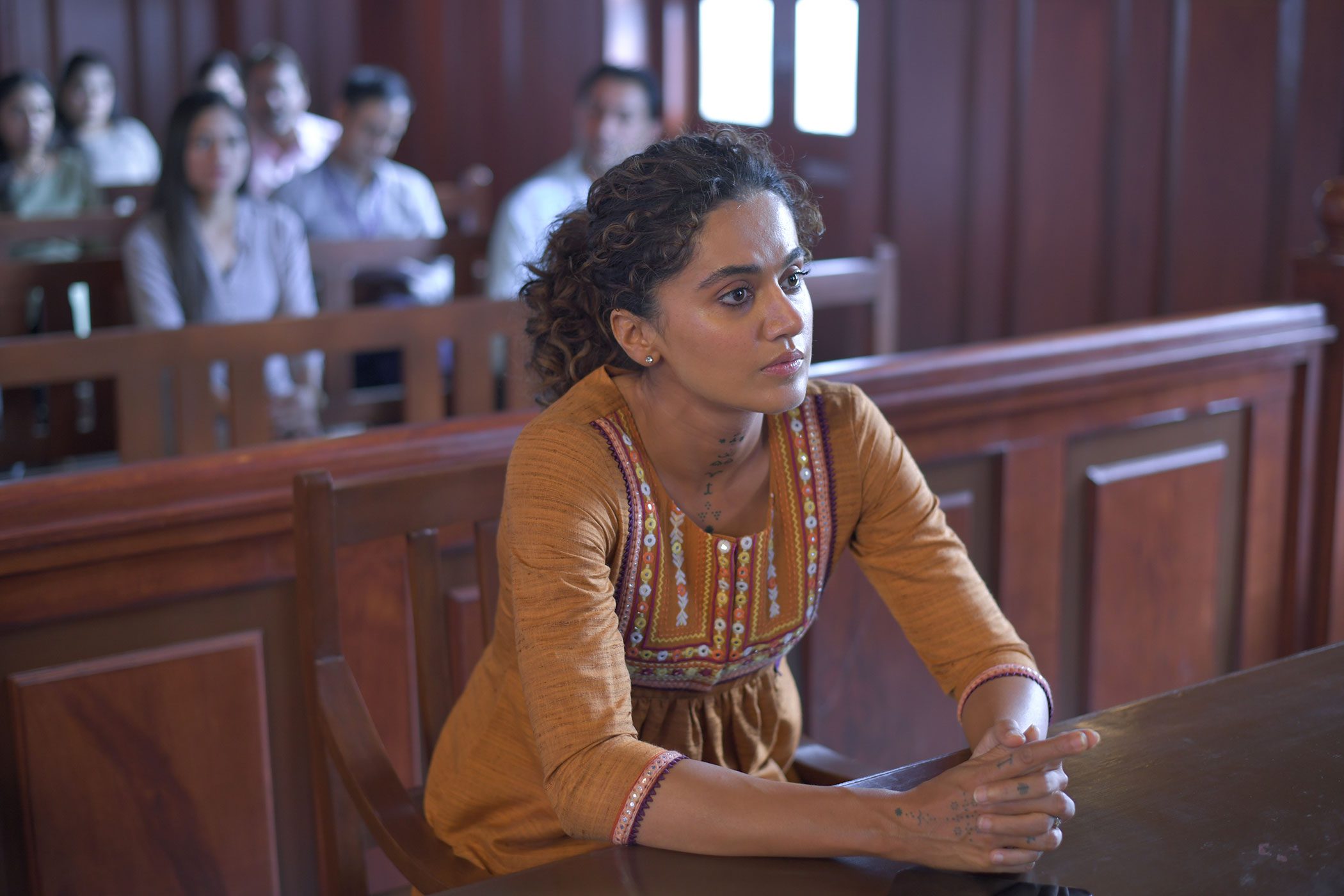 I love, love, LOVE how we’re tackling such a range of topics when telling women’s stories! Rashmi Rocket takes on a subject that has hampered the lives of so many women. Because it is not just about playing the sport they love, even though that is quite the big cost they have to pay if they fail these tests. There’s also the fact that these tests are demeaning, and can have grave psychological impact on women, give them an identity crisis and cause them public humiliation that their image might never recover from. It invalidates them. And the fact that a lot of women’s issues stem from ignorance about science, and blind faith and archaic norms and rules is further proof that we need more stories like Rashmi Rocket to start the conversation.

Watch this film for a two-in-one thrill of sports and courtoom drama, for Taapsee Pannu’s hard work and Abhishek Banerjee’s performance, and most importantly for knowledge and information that is relevant in today’s time and age.

Taapsee Pannu Says Badla Was Called Amitabh Bachchan’s Film. And She Had More Screen Time In It. We Totally Get It