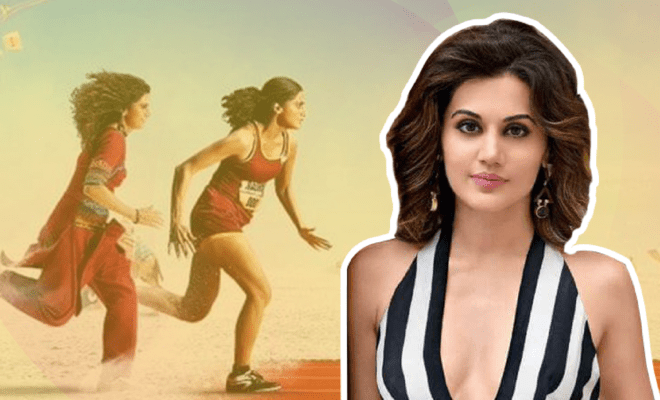 Taapsee Pannu Says That Women Don’t Have The Freedom Of Being Themselves, Reveals Why She Did Rashmi Rocket

Okay, one of my all-time favourite Bollywood actresses is, hands down, Taapsee Pannu. Yes, I know I have said that I don’t like watching movies a lot, but however few movies that I’ve watched, I’ve come across her roles and have always enjoyed watching them. But other than her acting, there is one more thing that I love her for, and that is her bold, unfiltered nature. That woman says what comes to her mind and isn’t afraid to speak up. And that is rare to find seeing that she belongs to an industry that is very shrewd about what should be spoken on a public forum and what shouldn’t. All her interviews always have so much honesty and relatability that it is impossible to not like her. In her recent interviews, the Haseen Dillruba actor opened up about not having the freedom to be yourself and how that indirectly played into her reason for doing Rashmi Rocket.

Recently, in an interview, Taapsee Pannu spoke about how after so many years of independence, women still don’t have the freedom to be themselves. She admitted that the freedom of being yourself is not there anywhere in the world, not just in India. 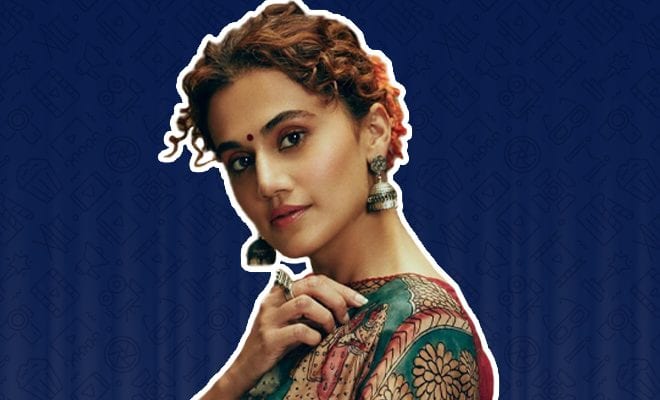 When asked what is the one thing she lacks as an individual and as an artist after so many years of independence, Taapsee Pannu replied, “First of all we have a problem of identity because if you are female or an actor then you are supposed to fit in a packet. And if you go outside then there are whole police standing out telling you that you can’t do this… The freedom of being who you are is not really there, not just in our country but outside also.”

Also Read: 5 Thoughts We Had About ‘Rashmi Rocket’ Trailer: Taapsee’s Sports Drama Goes Up Against Gender Tests For Female Athletes

In another interview, Taapsee revealed that one of the major reasons behind doing Rashmi Rocket was the concept of gender testing of athletes. She admitted to having no knowledge about it, and when she learned about it, she wanted to be the one to present the problem to the audience that is relevant even today. 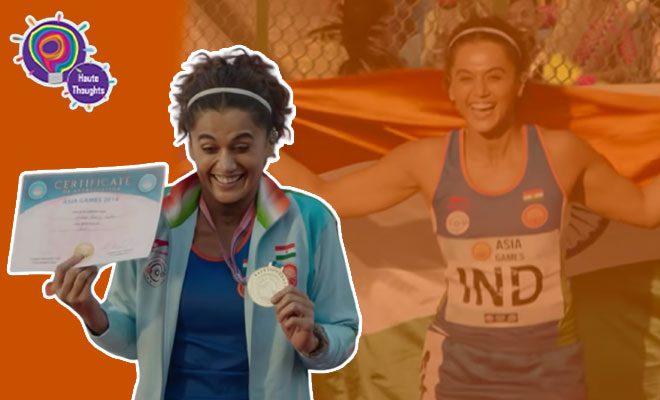 The Pink actress when asked about gender verification or gender testing, said that she had no idea what it was so she had to do a lot of research and realized that the problem existed to date. Taapsee Pannu said, “I did not know about it and that is the one reason why I wanted to do it because I am such a sports lover and a sports enthusiast myself. So I was very shocked… I went back and did a lot of research on it and saw the extent of the problem happening only to females. So that drove me even more that I need to be the vehicle to present this problem which is not being discussed about and is very much present since years till now as latest as this Tokyo Olympics. It had to be brought about.”

This is exactly why I like her. She is not just someone who is bold and unafraid to speak her mind but is also someone who wants to push change with the kind of roles she does. I enjoyed the kind of roles that she has chosen so far, as they are so varied and not stereotypically female characters that are often seen in Bollywood movies. And one of the reasons behind that could be the fact that Taapsee Pannu herself doesn’t fit the stereotypical actress norms. And that’s what makes her stand out.

The Politics, Gimmicks And Genuine Efforts Towards Making Housework Paid. Will It Work?