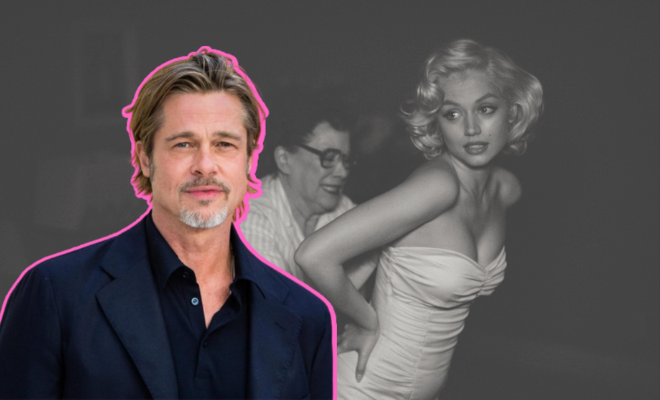 In the recent times, there has been few trailers that have excited me, let alone their teasers. But it was Netflix’s new project that had me hooked on it just with a one-minute-six-second video. Yep, it literally took just that long for Ana de Armas as Marilyn Monroe in Blonde to get me excited for its recently released trailer and the movie on a whole. However, it seems that a certain section of people on the internet are unhappy with Ana de Armas and she has received quite a bit of backlash saying that she is unfit to play Marilyn Monroe because of her Spanish accent. Amidst all of this, Monroe’s estate and Brad Pitt have come out in defence of the actress.

On July 28, Netflix released the trailer of its upcoming movie, Blonde starring Ana de Armas as Marilyn Monroe. The trailer of the movie that is based on Joyce Carol Oates received a lot of backlash by people who said that the actress’ Spanish accent was distracting. However, it is Brad Pitt and Monroe’s estate that have come out in defence of her.

The president of entertainment at Authentic Brands Group (ABG), Marc Rosen told a daily that Marilyn Monroe is the only Hollywood as well as pop culture icon that transcends generations and history. ABG who is the owner of Monroe’s estate but did not authorise the film defended Ana de Armas in Blonde saying, “Any actor that steps into that role knows they have big shoes to fill. Based on the trailer alone, it looks like Ana was a great casting choice as she captures Marilyn’s glamour, humanity and vulnerability. We can’t wait to see the film in its entirety!”

And Brad Pitt, whose Plan B Entertainment is producing the movie Blonde, couldn’t agree more. He came in defence of Ana de Armas in Blonde and said that she was a phenomenal actress and that it was a tough dress to fill as it is worn by none other than Hollywood icon Marilyn Monroe. He even went on to say that it is only after The Gray Man actress came onboard that they could cross the “finish line”.

For those unversed, Ana de Armas had previously in an interview revealed that she spent almost a year with a dialect coach to perfect the breathy tone of Marilyn Monroe for Blonde.

Blonde is scheduled to release on September 28 on Netflix.

After Brad Pitt, Shehnaz Treasury Reveals She’s Been Diagnosed With Prosopagnosia, AKA Face Blindness. Here’s What It Means