Athiya Shetty And Beau KL Rahul To Tie The Knot Within Three Months? 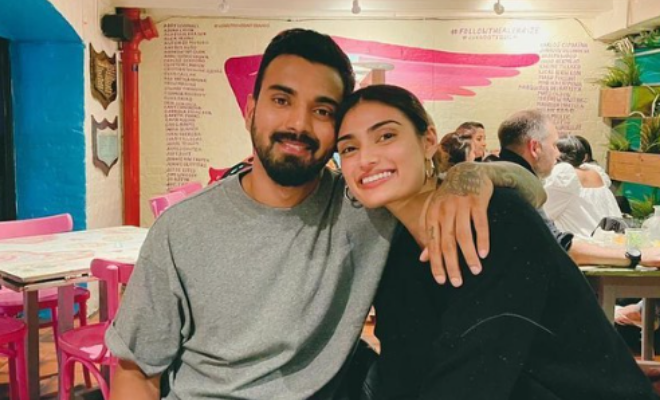 Celebrity weddings always pique fans because they are so invested in the celebs’ lives and want to know all the details about them. The first half of 2022 saw a gazillion weddings taking place and several of our favourite celebs switched their status from happily dating to happily married! Amid all of this, one particular celeb couple that left their fans in anticipation of their wedding is Athiya Shetty and KL Rahul. Several rumours and reports of their wedding surfaced on the internet but both Athiya and KL remained tight-lipped about it. But finally, finally, we have some concrete news about their shaadi, and here are all the details about them.

As per an exclusive report by India Today, a source close to the Hero actress has revealed that the couple is gearing up to tie the knot in the upcoming three months! Yes, you read that right! Athiya and KL Rahul will be married before the end of the year. The source also reportedly revealed that the preparations for the same have begun.

It has also been revealed by the source that KL Rahul’s parents recently came to Mumbai and met Athiya Shetty’s family. Reportedly, they also visited the new house where the couple is going to stay post-marriage. The marriage festivities are going to take place on a grand scale and Athiya will be overlooking each event and every particular detail of the wedding!

The couple has been dating for three years now and is ready to enter marital bliss as well. We are so excited that we have yet another wedding to look forward to and we are waiting to know the dates as well.