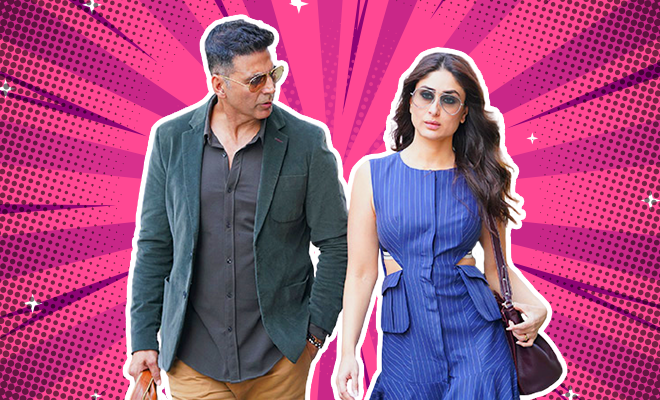 7 Signs You Are Single Because Men Find You Intimidating. Wait For The One Who Won’t.

It’s hilarious sometimes when our editor looks at us, her all-women team in disbelief, wondering how such confident and fairly charming, well-spoken women are so single. Well, I do enjoy the compliment bit of this query but it does make me wonder—why are confident women often single? There are chances that men find you intimidating.

Men are often intimidated by women who they assume to be “out of their league”. It may seem flattering, honestly, if someone does feel your presence strongly. But unfortunately, it may also reveal a deeper rot in our gender-based expectations. The by-product? An unfortunate snip at your social and dating life, especially in a new place. You find that people often get surprised with your genuine warmth when they get to know you. Blame the misconceptions people have about you.

Men hardly ever approach you

It’s funny how you see men looking at you from across the table, they even try to be in your vicinity in house parties. But oh boy, do they ever talk? It almost seems like you were imagining their interest. There are times when you find out through your social circle that a guy is smitten by you. It may seem difficult to believe but these men aren’t approaching you because they can’t find the confidence to match yours.

You’re smarter than most men you meet

According to a study divided into two parts, “Men seem to be attracted to women whom they think are smarter or more competent at intellectual tasks than they are, but only if the women are at a psychological and physical distance from them. Up close and personal, it appears that men prefer women who are not so smart.” For instance, they will crush on Emma Watson and Gal Gadot but what happens when they catch a smart woman’s fancy? Ugh, men will cut the conversation short because they probably don’t have anything more insightful to say. They feel threatened by a woman they feel is smarter than them. It’s not me saying this, it’s science. I am not dumbing down for a guy!

They lamely pull negging on you

Negging is passing negative remarks or pulling down a person you find attractive. Ever find a guy going around saying you have attitude problems? And then you wonder when you have even interacted with each other. He may know nothing about you but he will try hard to shake your confidence or even jokingly pull your leg to feel on higher ground.

Men who feel intimidated by you tend to toot their own horn in front of you. They will oversell themselves as stronger, sharper, brighter, richer, and more influential. They have no idea how lame all of this makes them. A man acting like he is better than you is the one who knows he is not.

You’re a woman who calls a spade a spade

I have an incredibly calm temperament and I am always goofing around with my loved ones. In fact, I believe in being sweet until my feathers are ruffled. So when I get BS, I am not hesitant in keeping my foot down and calling people out, no matter how interested I am in them. Sure, my interest level can go down depending on the level of BS I was given. Men find such women intimidating because they know there’s no cabin space for their bullshit on this flight.

You don’t ‘need’ a man and it’s quite evident

Men love it when they are needed. OMG, they go crazy when you ask them to open a tight jar, drop you home or when you seek their street wisdom. But when you can do things on your own, it’s not satisfying for such men because how dare you not desperately need the assistance of a man? Yes, it’s misogynistic AF but a secure man will never be intimidated by a confident woman. It’s men like these who need to feel superior.

ALSO READ:5 Important Things That Cause Jealousy In Relationships

You know what you bring to the table

When you enter a room, there’s poise and charm in your persona. The room lights up with your laughter and your vibe isn’t crunched but open. Even if you are quietly occupying a corner, there’s just something about you that says you ‘choose’ to be away from attention. You are a woman who takes charge and you know what your worth is. You don’t give two hoots about what anyone thinks of you neither are you trying to impress someone. Men find a woman with solid self-worth intimidating. Not all men though, just the kind you shouldn’t be dating anyway. So fret not and keep your head high!