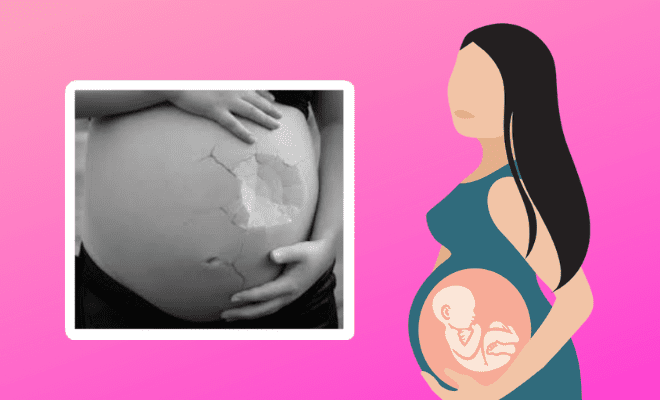 Why Are Women Shamed For Miscarriage And Made To Feel Like A Failure?

Having a child is a special experience for a couple, especially for a woman because she’s not only going to become a mother but she’s also carrying the child to term in her own body. While I do consider that as a special connection between a baby and a mother but there’s more to it than just that. There’s more to a woman than just motherhood. We often come across cases where women have miscarriages and lose their child even before he or she comes into this world. And let’s face it, that’s really really painful. Having said that, more than their own pain, a woman is often left alone to suffer through it all alone and in secret with a sense of failure, guilt and shame. That doesn’t sound right, does it now? So let’s take a look at why this happens and what we can do about it.

Why Are Women Made To Feel Guilty For Having A Miscarriage?

For a really long time, women were considered nothing more than baby-making machines. And even though we’ve come a lot ahead of that, the fact remains that as per the society a woman has one job of birthing babies and that is also why there’s a lot of stigma around not being able to carry a child to term and being infertile. Now, when a woman is unable to do the one thing that she is supposed to be good at, she often feels like a failure and carries guilt and shame for being unable to do the one thing that she was supposed to be able to do biologically. Moreover, society promotes the idea that a woman is complete only after she experiences motherhood by birthing a child and we don’t want to be incomplete women! No one wants that. But the reality is very different. Miscarriage is considered a taboo and results in questions about the woman and her health. And a woman who is able to carry a baby to term and give birth is glorified.

Now, I’m not saying that childbirth is a cakewalk but we do live in a society that glorifies childbirth and the pain and motherhood as well and a woman who is unable to do so is met with a lot of silence and judgement. It’s not uncommon for people to consider a woman who has had a miscarriage as “barren” aka “baanjh” or “infertile” and we all know the amount of shame attached to this medical condition. We have been socially conditioned to consider a woman as a vessel for the next generation, or in other words a baby-making machine and what do we do with a baby-making machine that cannot make babies? It’s expendable and that’s what makes the situation worse for women. Not only do women feel worthless for not being able to carry a child in their womb but they also feel shameful and believe that their partner and family deserve someone who can fulfil their needs for a child and that they are not worthy of them. And if a man supports a woman in a situation like that, she tends to glorify him and look up to him for being humane and understanding a miscarriage which is more common than we’d like to believe.

Miscarriage has a lot of grief, fear, guilt and shame attached to it and that’s also why women usually grieve privately because going public with their problems will not get them the support, empathy and compassion that they need but will instead met with judgement and public shaming and they may even be ostracised. More importantly, it comes with a lot of cruelty and speculations. People tend to connect a woman’s past relationships, love life, lifestyle habits and other such normal things and find a way to blame the woman and place the responsibility of the miscarriage on her shoulders instead of showing support. Sometimes, people also tend to blame the woman for sharing the news of her pregnancy too early after she has a miscarriage. Victim shaming and blaming are also to blame for the shame, guilt and sense of failure that women feel when they suffer a miscarriage. It’s common for people to blame a woman’s genes or the fact that she used to consume alcohol or was more active than she should’ve been and anything that they can find to place the blame on the woman and despite being well-read and educated, most women graciously accept the blame because, oh well, social conditioning. The idea behind this is that – “if my body can’t do the one job that it has, what’s the point? How can I ever be a complete woman if my female reproductive organs are not put to proper use and they don’t work?”

Also Read: Geet Basra Talks About Her 2 Miscarriages And How Women Who’ve Gone Through This Should Not Suffer In Silence

The glorification of motherhood and childbirth is another reason why women feel extremely shameful and guilty when they miscarry despite knowing full well that the miscarriage is not their fault. Even the pop culture around us shows us these women who are unable to abort a child because they feel an instant connection with it but for heaven’s sake, it’s just a little dot when it’s conceived. I’m not saying that the connection isn’t real but the problem is with glorifying the connection to the point that these women stop thinking about their own selves and spend all their time thinking about their baby, no wait, let me correct that, the foetus.

So, How Do We Change This?

Well, the first step towards bringing about change is to talk about pregnancy and miscarriage in an open forum. It can be a topic of your dinner table conversation and also your Instagram story question. Get the conversation around miscarriage going because it’s much much more common than we’d like to accept. Most women suffer from miscarriages but choose to suffer in silence due to the stigma around it and getting the conversation going will not only give them a safe space to open up and talk about it but it will also help them understand that they have nothing to feel guilty about. Communication is the key to removing all the age-old myths and stereotypes around miscarriage because it’s a part of the process of conceiving and the horror that it’s made out to be. Giving women a forum to discuss their loss in a raw, unfiltered manner can go a long way.

Having said that, it’s also time we start showing women the non-judgemental compassion and empathy that they need in order to heal. Don’t ask questions or pass comments when someone shares the news of miscarriage and just hold their hand as they grieve. We also need to stop glorifying motherhood and childbirth so much and normalise a woman being a complete woman even without having a child of her own or adopting or experiencing motherhood. The oppression needs to end. We need to talk more about female reproductive health, sexual health and wellness and the conditions women suffer from instead of shying away from it. We need to remove the stigma around miscarriage and infertility. It is okay if a woman suffers from either or both. Let’s make this world a better place for women suffering the loss of a baby that never got to see this world. And let’s give women the respect and dignity they deserve as they mourn this loss, along with proper healthcare.