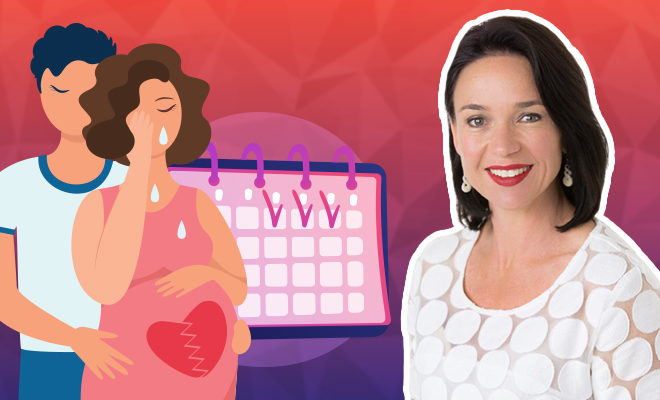 In the past few years, I’ve heard, read and watched a lot of women opening up about postpartum grief, in the hope that other women going through similar experiences don’t feel they’re in it alone. From online support groups for regular women to celebrities like Chrissy Teigen on social media, and through movies like Pieces Of A Woman, there’s a deeper understanding of how difficult a time this can not just for the parent who has lost the child but for their partner and the family as well. Which is why, the New Zealand Parliament passing a legislation to grant bereavement leave for miscarriages and stillbirths is such an empathetic and much needed move.

The bill was presented by Labour MP Ginny Andersen, and the legislation was passed unanimously by the Parliament. Anderson said that the leave would allow parents to come to terms with their loss without having to resort to using up their sick leaves because grief on the loss os a child is not a sickness or an illness. Especially, it is not something that you can get over in a day, and it needs time to heal.

Final reading of my Bereavement Leave for Miscarriage Bill. This is a Bill about workers’ rights and fairness. I hope it gives people time to grieve and promotes greater openness about miscarriage. We should not be fearful of our bodies. pic.twitter.com/dwUWINVjLm

As per the legislation, the bereavement leave will be a three-day leave and can be availed by the parent, their spouses or partners, and even by those couples who were going to have the child through surrogacy or adoption.

What pushed New Zealand to consider passing this legislation?

According to The Guardian, MP Anderson, while talking about this bill, also paid tribute to Kathryn Van Beek, a writer from Dunedin, who had herself experienced a miscarriage and fought to bring about this change in the legislation of the country. Been had written about how while a miscarriage isn’t exactly a birth, it is in fact a “secret birth that is also a death.”

Miscarriage and stillbirth are things that women don’t openly talked about because they’re handled delicately by the society as taboos that should be hushed up and broached, especially on a public platform. However, as instances of miscarriages rise, there is a dire need for women to be able to openly speak up (or not) and deal with this grief in a way they deem fit. It could be by returning to work the very next day and distracting themselves. Or it could be by opting for the bereavement leave or taking a prolonged sabbatical, if that’s what they need.

Each person deals with grief in a different way. But to know that they have an option to take the bereavement leave if they want to is a comforting thing.

However, what has been raised as an issue is the lack of such leave benefits for women who terminate pregnancy through abortion. Even if it is by their choice, an abortion isn’t an easy thing for a woman to undergo either. We need more countries to make provisions that give women the time they need to grieve or process abortion as well.

Did you know that India also has legislation for maternity leave post a miscarriage?

New Zealand isn’t the first country to put forth such a legislation. There are other countries that offer leaves in the event of a miscarriage or medically terminated pregnancy and other illnesses that might arise immediately postpartum.

In 2017, India amended the provisions in the Maternity Bill, now the Maternity (Amendment) Bill 2017, and offers 26 weeks of maternity leave (extended from the previous 12 weeks) that a woman employee can split between pre and post delivery. If the parent is adopting a baby that is below three months of age, then she can take 12 weeks of maternity leave from the day of adoption. In the case of surrogacy, the biological mother (who gives her egg which is then implanted in the woman who would be the carrier), 12 weeks are granted.

In the event of a miscarriage or medical termination of pregnancy, a one-month benefit is allowed for the women.

While this is applicable to all government of India employees, corporate sector employees have to make sure what their company’s policies are.

According To The New MTP Bill 2020, Unmarried Women Can Get An Abortion Due To Contraception Failure