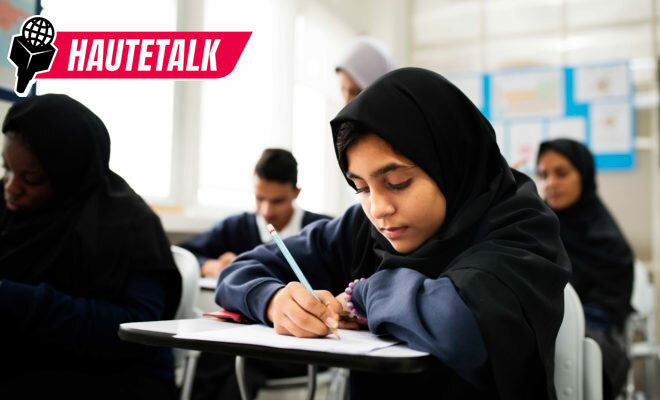 Hautetalk: Karnataka College Allows Muslim Students In Hijab To Enter, But Seats Them In Separate Classroom. This Is Not A Win!

We’re in the 21st Century and still, things haven’t changed when it comes to women’s clothing. Even today, society thinks it’s completely alright to dictate what a woman wears and TBH, this is a lose-lose situation for us women. If we choose to wear comfortable clothes, we don’t care enough. If we dress up a little too much, we’re showing off. If we choose to cover ourselves up with clothes, we’re prudes. If we wear short clothes, we’ve got a loose character. And the worst part is that there is no way out of this situation. I’m the kind of woman who likes to cover up sometimes and the other times, I like showing some skin but there are women out there who do not feel comfortable with showing skin. I don’t understand the concept of ghunghats and hijabs, I honestly find them to be pointless but at the same time, I don’t judge women who like to wear them. It’s all about respecting people and their choices. It would be wrong of me to say that a woman is shackled by her own faith, just as it would be wrong of someone to say that I am influenced by western culture. And while I understand this, not many people understand the concept of choice. Recently, we saw some colleges in Karnataka that refused to allow Muslim students to enter their classroom because they were wearing hijabs and I ask – when will this misogynistic attitude end? It was said that anything that negatively affects ‘harmony’ will be banned. Can someone please explain how a woman wearing a hijab, minding her own business affects the ‘harmony’ for an educational institute? Moreover, now the Karnataka College has permitted the Muslim students wearing hijabs into the college but (there’s always a but) these students will have to sit in a separate classroom. Really? Since when did we start segregating students based on their religion in a secular country like ours? I have the urge to gift multiple copies of the Indian Constitution to the college authorities. They need a detailed lesson in political science. But really how are people with a lack of knowledge about the fundamental rights of Indian citizens allowed to run an educational institute with such discriminatory rules?

In a country where we are taught to respect women and different religions, these colleges have chosen to categorically ignore the fundamental rights of women in an attempt to dictate what they wear. It all started with one college and soon other colleges began barring Muslim students from wearing hijabs. I am not a fan of hijabs myself but who are we to tell these women what they can and cannot wear. I understand that it is essential to maintain decorum in an educational institute but that does not mean that the management of these schools and colleges can control a woman’s choice of clothing and even punish them for it. And we’re talking about full-grown college going girls here. Moreover, how can we ignore the fact that this ‘rule’ is discriminatory against one religion? 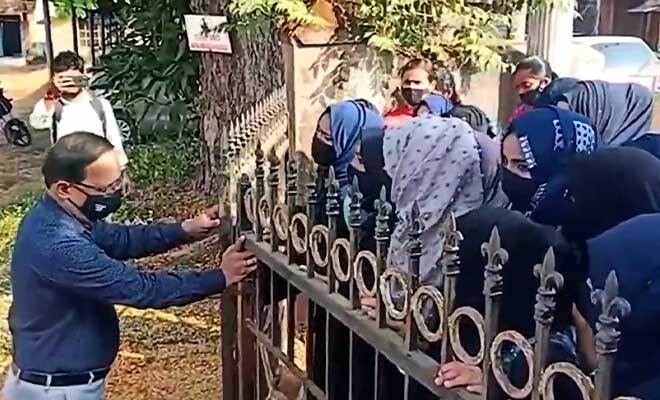 How is it okay for an educational institute to comment on a woman’s choice of clothing? Is that the kind of education they are imparting to the students to dictate a woman’s choice of clothing and discriminate against a religion? Is that the kind of example we want educational institutes to set? Educational institutes and workplaces having a dress code has always been something that pisses me off. More so because in most cases these rules apply to women and dictate what they can and cannot wear. But with time I also understood the importance of maintaining decorum and I can tell the difference between a fair dress code and one that is discriminatory. 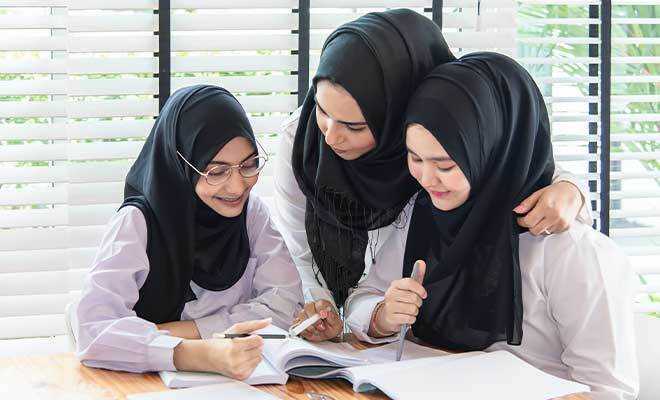 I remember that our college never had a dress code by the head of our media department had given strict instructions to students (of all genders) to never walk into a classroom wearing shorts or chappals. I remember she would legit ask students (even the boys) in shorts to step out. This dress code was not about the length of the clothing because she never barred students from wearing skirts or formal dresses or sleeveless clothes or even hijabs. But this dress code in question is aimed at preventing female students from wearing hijabs and covering their heads as and when they want. It also violates the rights of these students to practice their religion. TBH, how are we okay with this?

I am appalled at the thought of people (including women) supporting this move made by these educational institutes in Karnataka. And to make this a religious issue is even more pissing off. How is a woman wearing a hijab going to impact the Hindus? Moreover, the last time I checked India still has more Hindus than Muslims. How can we bully the minority into not practising their religion and their right to wear what they want? All this, honestly, just stinks of Islamophobia and misogyny.

Karnataka College Bars Muslim Students From Entering Classrooms For Wearing Hijabs. This Is A Violation Of Fundamental Rights!

Former Actress Sana Khan Reacted To A Troll Commenting On Her Hijab And Gave Him A Befitting Reply!